The tournament will also give a clear picture on where the Indian team stands ahead of the T20 World Cup beginning 21 February.

Indore: The Indian women's team for the crucial tri-series in Australia and the probables for the subsequent T20 World Cup Down Under will be picked in Mumbai on Sunday.

The tri-series involving India, England and Australia begins in Canberra on 31 January. The teams will play each other twice before the final. 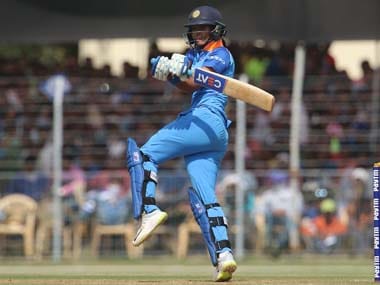 The tri-series involving India, England and Australia begins in Canberra on 31 January. Twitter@BCCIWomen

The tournament will also give a clear picture on where the Indian team stands ahead of the T20 World Cup beginning 21 February when the Harmanpreet Kaur-led squad takes on hosts and four-time champions in Sydney. England and Australia are the two most decorated teams in women's cricket.

India were in the middle of a six-match losing streak in 2019 before they beat South Africa 3-1 at home in October and West Indies 5-0 in an away series.

The performances of India A players during last month's tour of Australia will be taken into consideration before the Hemlata Kala-led selection panel announces the squad for the tri-series and probables for the T20 World Cup. The selectors will have to pick the final 15 one month before the mega event.

Fifteen-year-old Shafali Verma, who is also playing at the highest level, impressed in Australia during the A tour, scoring a 78-ball 124 in a 50-over game.

Since there is no Cricket Advisory Committee (CAC) in place, the same set of selectors are likely to pick the T20 World Cup squad after naming the team for the tri-series on Sunday. Once the CAC is formed, it will pick the new selection panel.