The T20I series loss to Afghanistan may have given a warning to the Caribbean men, but, Lara feels that the Windies are still a team to be ‘scared of’.

He maybe just a newcomer when it comes to captaining West Indies, but cricket legend Brian Lara is optimistic that Kieron Pollard’s experience will play a role in the national team as they build-up towards the ICC T20 World Cup in Australia next year.

Pollard, who was named captain of the team’s limited-overs sides in September, will lead a relatively inexperienced side in the first of three T20Is against India starting on Friday at Hyderabad’s Rajiv Gandhi International stadium.

The Windies have only played an ODI and T20I series against Afghanistan in Lucknow recently under Pollard, and this will be the 32-year-old's second tour assignment since being named skipper on a permanent basis. 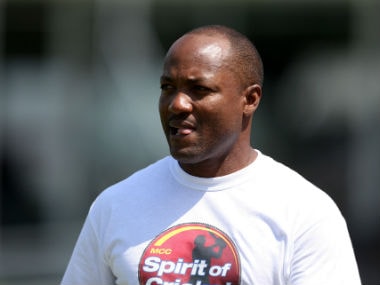 “When I remember, he was first picked for the World Cup in the Caribbean, that is 12 years back, over that period of time, his representation of West Indies might not have been a lot, but he is playing all around the world in different leagues,” Lara, who was the chief guest for the second edition of Habitat for Humanity in India’s charity golf tournament on Friday, said during a press conference in Mumbai.

West Indies are the defending champions of the T20 World Cup after they thumped England in the final in 2016, but their performance in the shorter format has been far from best - they have only won 12 out of 39 T20Is since the tournament.

Pollard and Co will be playing two T20 World Cups in a span of 12 months - the first one Down Under in October-November 2020 and another during the same time in 2021. However, the 50-year-old said that Pollard can get the ground running and added that his experience will help the team.

“There is most likely a plan. There is a World Cup in roughly just under 12 months and they are looking for the right person to put there. Someone who can get the ground running. He has that experience to do so,” he said.

“I think it is a good decision, but it is still going to be an uphill battle," the Trinidadian added.

The T20I series loss to Afghanistan may have given a warning to the Caribbean men, but, Lara feels that the Windies are still a team to be ‘scared of’.

“The West Indies are twice champions and a lot of the opposition around the world are scared of West Indies in the shorter format of the game. But, he will have to build a team in all these matches leading up to the World Cup. Playing against India in India is always a tough challenge,” commented Lara.

Records are to be broken: Lara on David Warner’s 335

Australia opener David Warner registered the highest score of 335 in a Test at Adelaide but missed out on breaking Lara’s knock of 400. Not to forget, the West Indian legend was in Adelaide when Warner went about scoring runs against Pakistan.

“I felt David Warner should have been given the opportunity to go for it. I was in Adelaide and it was kind of destiny being there at the time. You do understand, obviously any team batting first in a great position would want to give the opposition a chance,” said Lara, whose 400 against England in 2004 consisted of 43 fours and four sixes said.

“I also thought maybe just send a message saying you know you got 10 overs to do something. But, I think in the end it was their decision to declare. They won the match, they won it with a day to spare. That's how it is,” the 34-time Test centurion said.

“I believe records are needed to be broken. Even David Warner may have a next chance He is an attacking player who can put your team in a winning position, I think you have an opportunity there,” Lara concluded.