India vs New Zealand, 1st T20I at New Delhi: When and where to watch, coverage on TV and live streaming

Here's all you need to know about the first T20I between India and New Zealand, which will be played at the Feroz Shah Kotla in New Delhi

New Delhi: After a brilliant performance in the One Day Internationals (ODIs), India will aim for a maiden win against the New Zealand when they take on the visitors in the first Twenty20 International (T20I) match in Feroz Shah Kotla on Wednesday. 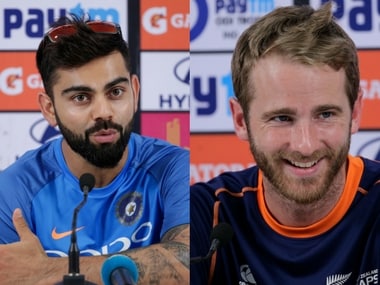 The three-match T20I series will also witness some promising players taking the field and veteran pacer Ashish Nehra signing off with the first match at his home ground.

Seeing the recent performances, many cricket pundits may have put their money on the Indian team, but World No.1 New Zealand could also turn the tables with their cent percent record against the hosts.

The two teams faced off twice in New Zealand, twice in India and once in South Africa with the Black Caps winning all the five matches.

India have added couple of new faces in Shreyas Iyer and pacer Mohammed Siraj, who would want to make their their mark.

Meanwhile for New Zealand, Todd Astle or Ish Sodhi can make their way into the side. Colts Tom Bruce or big hitting Glenn Philips could be a surprise inclusion.

Here's all you need to know about the first T20I between India and New Zealand, which will be played at the Feroz Shah Kotla in New Delhi:

When and where is the first T20I between India and New Zealand will be played?

India will play New Zealand in the first T20I at the Feroz Shah Kotla in New Delhi on 1st November.

When will the live coverage of the match start?

The live coverage of the match will start at 7:00 pm IST.