T20 and Test cricket are as different as day and night. Although they are both subsidiaries of the same game, there is a gulf between the style of play, thought process and even uniforms. T20 cricket is a derived form of the game created purely with a view to enhancing the entertainment quotient and is undoubtedly cricket’s only chance for a ticket to the gala event, the Olympics.

Even though One Day Internationals and T20 Internationals are categorised together as limited-overs cricket, they have immense differences. Players in the shortest format are expected to come out with a completely different mindset to those in the ODIs. Perhaps it is this kind of thinking that prompts many to view T20 cricket as a different game altogether.

Given the wide disparity between these formats, it is surprising that a few teams like India stick to virtually the same pool of ODI players when picking T20 teams. There are very few differences between the squads originally named for the Australian ODI series and the T20 series. Ashish Nehra and Dinesh Karthik were called up to the T20 team to replace Mohammad Shami and Ajinkya Rahane respectively from the ODI squad. While it is understandable that teams stick with a majority of the same players for one-off T20 games in big tours to foreign nations due to logistical issues, it is bizarre that the Indian selectors always resort to a pretty much similar squad.

The following are a few aspects that appear to have been glossed over when selecting this team: 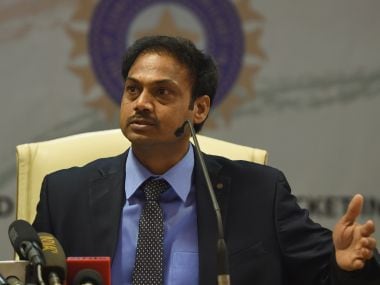 T20 is a specialist's game

Scan through the West Indian T20 team in their World T20-winning campaign of 2016 and the importance of specialists in this format of the game becomes clear. Players who can turn the game around in the blink of an eye deserve selection in this format as much as they do not warrant selection in longer formats.

This kind of thinking is clearly lacking from the Indian selectors who have settled for mediocrity. Even the bowling attack is along predictable lines and pretty much in sync with what India have dished out in ODIl cricket.

While teams around the globe are moving forward in terms of identifying specialists for this format, India have refused to budge from the tried and tested pool of players.

Dinesh Karthik and MS Dhoni are the only two players in the squad to have featured in India's inaugural T20 match a decade ago. However, they are both controversial selections at the moment with the likes of Rishabh Pant waiting in line. That Karthik was preferred as backup keeper and middle-order batsman over the young and dynamic Pant belies logic.

Even KL Rahul, to an extent, and Kedar Jadhav to a much larger extent are selections more apt for the 50-over game. With the likes of Shreyas Iyer and Sanju Samson awaiting chances, the selectors could have given them a decent run against tough opponents. Seventeen-year-old Washington Sundar who impressed in the Tamil Nadu Premier League as well as the IPL — both as a bowler and as a batsman — is another who could have been blooded in international cricket. But having failed a yo-yo endurance test, an ultimate requirement to break into the squad at the moment, Sundar had little hope.

It is worth remembering that India’s biggest success in this format came when they fielded a completely different looking squad for the inaugural T20 World Cup. Neither Sachin Tendulkar, Sourav Ganguly, Rahul Dravid nor VVS Laxman figured in that Indian World T20 squad in 2007, although they were regulars in the Test and ODI teams.

Snubbing the younger generation does not mean the selectors have been inclined towards the veterans. Suresh Raina and Yuvraj Singh, senior Indian players and exceptional performers for the nation but yo-yo test failures, have been treated poorly with little communication from the part of the selectors while Ashish Nehra finds himself back in the mix.

This sort of thought process leads one to believe that the selectors have placed too much emphasis on fitness issues. After all, the likes of Inzamam-ul-Haq, David Boon, Arjuna Ranatunga and Shane Warne ruled the cricketing world despite being on the wrong side of the fitness scale.

Including Nehra is by no means a backward step since he is tailor-made for this format of the game. But MSK Prasad and his team need to convey their future plans to senior players like Yuvraj, Raina, Ravichandran Ashwin and Ravindra Jadeja.

Lack of vision and negation of the IPL advantage

The next major T20 event isn't until 2020 which means these bilateral T20s hold little significance. It is weird that India still opt to play the likes of Virat Kohli, Rohit Sharma and Dhoni in these games. An opportunity to blood some young players in home conditions against tough opponents like Australia has been completely squandered. The IPL has turned out to be more of a summer festival than a platform where young players get noticed by the national selectors. If anything, T20 squad selections should be impacted by performers from the IPL. The T20 tournament presents youngsters an ideal opportunity to blend with international cricketers, helping them to mature and develop quicker, or so it was thought.

But with Prasad and his men keen to scout only within the ODI boundaries, the chances for T20 specialists from the various IPL teams are significantly reduced. It negates the advantage that India could have churned out from the abundant riches of the IPL.