India A vs New Zealand A: Glenn Phillips' half-century guides hosts to 276/5 on Day 1 of second unofficial Test

India A bowlers struck at regular intervals but middle-order batsman Glenn Phillips' fine half-century guided New Zealand A to 276 for five on the opening day of the second unofficial Test.

Lincoln: India A bowlers struck at regular intervals but middle-order batsman Glenn Phillips' fine half-century guided New Zealand A to 276 for five on the opening day of the second unofficial Test on Friday. 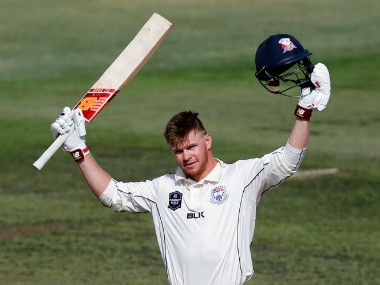 Phillips smashed nine fours and a six in his 80-ball 65, while Dane Cleaver (46 not out off 115 balls) and skipper Hamish Rutherford (40 off 79 balls) also chipped in with useful contributions after the hosts won the toss and decided to bat.

For India, medium pacers Mohammed Siraj (2/58) and Avesh Khan (2/57) took a couple of wickets each, while spinner Shahbaz Nadeem picked up one wicket.

At the draw of stumps, Daryl Mitchell (36 not out) was giving company to Cleaver at Bert Sutcliffe Oval.

New Zealand A made a good start as openers Rutherford and Will Young (26 off 101 balls) shared a 67-run partnership but Siraj then had the skipper caught behind by Srikar Bharat to strike the first blow.

Rachin Ravindra (12 off 9), the new man in, blasted three fours before becoming the second victim of Siraj, who cleaned up the batsman in the 28th over.

Phillips then joined Young and the duo took the team past the 100-mark before the opener was foxed by a Nadeem delivery and was stumped in the 34th over.

But New Zealand A lost two quick wickets with Avesh striking twice in quick succession, removing Phillips and Seifert to leave the hosts at 190 for 5 in the 57th over.

New batsmen Cleaver and Mitchell (36 not out) came together to resurrect the New Zealand innings, forging an unfinished 86-run partnership.

While Cleaver struck five hits to the fence, Mitchell set the ball past the boundary line thrice and also hit a six in his unbeaten 97-ball innings.

The opening unofficial Test between the two sides had ended in a draw.