Increased risks for fast bowlers, result ratio worsens: Reasons why Misbah-ul Haq is not in favour of four-day Tests

Karachi: The risk of injury to fast bowlers will increase if Tests are reduced to four days, warns Pakistan head coach and chief selector Misbah-ul-Haq, joining cricket greats who have voiced their opposition to ICC's proposal to tweak the traditional format.

"A fast bowler now routinely has to bowl 17 to 18 overs in an innings but if the duration is four days then his workload will increase to 20 to 25 overs. That puts him at a greater injury risk and more importantly bowling more overs means it will take the zip out of his bowling," Misbah said on a PCB podcast.

"People want to come and watch bowlers like Mitchell Starc, Naseem Shah, Cummins, Jasprit Bumrah bowl at full speed. If they have to bowl more overs to make up for increased overs it will mean they will lose pace." 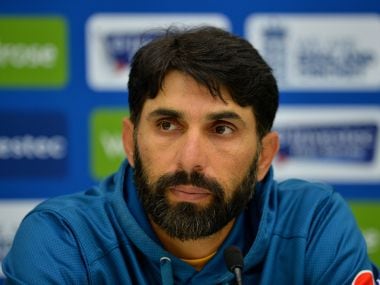 Misbah noted that normally teams played with four specialist bowlers in a five-day Tests and four-day games will create more difficulties for the bowlers.

"Will we have 90 overs or 110 overs in a day and don't forget in countries like Pakistan, India or Bangladesh the domestic season is in winter and normally even 90 overs are not possible in a day. So if overs are increased what will happen than?

"If you lose those across a four-day Test, with 360 overs, the match effectively becomes a three-and-a-half-day affair. If that's the case, a lot of teams will become negative - if they fall even slightly behind in a match, they'll go straight for the draw. The results ratio is already pretty low, that will worsen and people's interest in Tests will dip. They want results. In a five-day match, even if there's rain in the middle, there's still enough time to try and force a result," Misbah was quoted as saying on ESPNcricinfo website.

"There is still a lot more clarity needed on how four-day tests will be managed. But in my personal opinion the duration of Tests should not be tinkered with."

Misbah insisted that five-day cricket is the beauty of Test cricket.

"This week the England and South Africa Test was decided in final session of fifth day and there were lot of thrills for the spectators and viewers. Test matches are decided normally on fifth days when there is more wear and tear on the pitches, Misbah said.