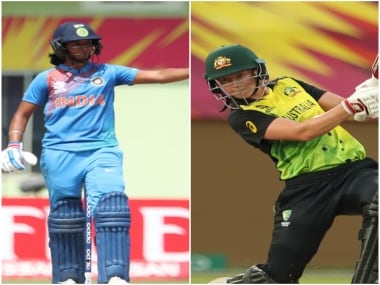 That's it for tonight. We will go to bed happily as India registered a massive win against three-time champions Australia. Smriti Mandhana's brilliant 83 and India's impressive bowling was too much for Australia to handle. Harmanpreet Kaur and Co finish their Group B campaign as the top ranked side. The losing side from upcoming Windies-England match will play India in the semi-finals and that's when we will see you again on 22 November. For now, goodnight!

A delight to watch these girls compete and dominate

Largest defeats for Australia Women in T20Is - by runs:

Convincing win for India. They will be thrilled to go through to the semi-finals, unbeaten. The batters set up the win, but it was the spinners who sealed the deal. They were sharp in the field and took all their chances. After today's win, india are certainly looking like a real favourite. 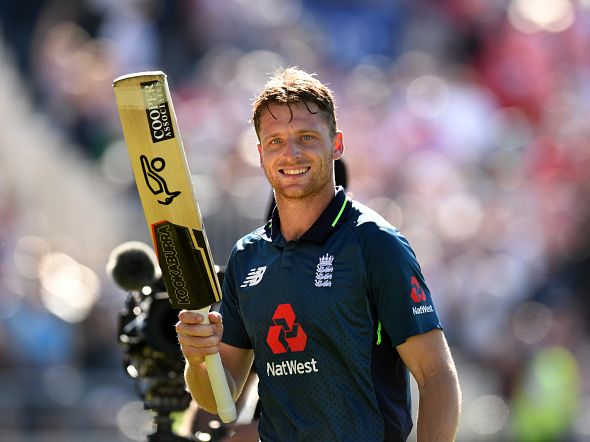 Kaur, India captain: Both again (NZ win and AUS win), they are good teams and you have to perform well. Credit goes to the girls for the way we played today. We worked really hard, today the fielding coach must be happy with the way we fielded. We always enjoy when batting together. She played really well and that is what we are expecting from her.

Meg Lanning: She's (Alyssa Healy) okay. Hopefully she will be back for next game. Mandhana and Kaur batted very well

Mandhana: I got starts in the first three matches but couldn't convert it. So I just wanted to score big today. Happy it happened today. Veda insisted on the review, and thanks to her we got 20-30 runs extra. The way we bowled and fielded today was the best of the four games, but batting-wise the performance against New Zealand was better.

Smriti Mandhana is the Player of the Match

This is the first time that India Women have won four matches in a single Women’s World T20 tournament.

This is Australia Women’s first defeat after 12 consecutive wins in T20Is.

It's all over. India beat mighty Australia by 48 runs to finish at the top of Group B

OUT! And it's all over. Vlaeminck came out of her crease as Anuja bowled a faster one outside off, which the batter missed and Taniya removed the bails.

OUT! Schutt comes out to play it across the line but top-edges it, which is taken by wicket-keeper Taniya.

OUT! Brilliant catch from Radha. Kimmince wanted to slog the tossed up ball across line but ended up top-edging it, which was taken brilliantly by Radha running back off her own bowling.

OUT! Molineux wanted to clear the boundary as Anuja flighted it outside off, but the ball found the toe-end of the bat as Veda took a catch at long-on.

OUT! Haynes comes out of the crease but fails to read the googly as Taniya removes the bails.

OUT! Aussies lose their fourth wicket. Flighted outside off by Poonam as Gardner tried to slog it over long-off but that went very hight before falling in Veda's hands.

OUT! Big wicket for India as Radha removes captain Lanning. Radha flighted it outside off as Lanning tried to slog sweep it, but couldn't time it well as it was taken brilliantly by running Veda at mid-wicket.

OUT! Back-to-back wickets for Deepti. It was full and Mooney tried to sweep it but missed it and got bowled around her legs. Brilliant turnaround for India.

OUT! Deepti strikes to remove Villani. The batter came out, Deepti spotted it and bowled shot, which Villani slapped straight to Veda at mid-wicket.

OUT! Perry ends with a wicket off the final ball. Straight and on the stumps. Cleans up Deepti Sharma! Perry claims her third.

OUT!  Reddy was looking repeat what she did the previous delivery but not enough muscle simple catch at mid-off.
Arundhati Reddy c (sub)Bolton b Perry 6(4)

OUT! Mandhana's brilliant knock comes to an end. She holes out in the deep as Australia claim a timely wicket at the start of the 19th over. Tried to pull a slower ball to mid wicket but didn't time it well. Perry takes the catch.

OUT! Dragged on! Perry returns to the bowling crease and gets the wicket. Banged into the surface, Hemalatha gets an under edge as he looks to pull it to midwicket fence.

OUT! Incredible catch that from Vlarminck. Krishnamurthy swiveled and looked to pull the short ball from Gardner, was hit hard and was sailing over the fielder. until Vlaeminck leapt, and gobbled the ball in her outstretched arm. Unbelievable!

OUT! After couple of boundaries, Kaur has to go. Was going for another big shot, ended up slices it high. Lands to the point fielder, where Haynes takes the skied catch.Another impressive innings by the Indian skipper.

FIFTY! Smriti Mandhana reaches her first half-century in Women's World T20 with a boundary with a pull to long leg. Mandhana has put on a dazzling show and set the tone for a big score.

OUT! Kimmince strikes! Rodrigues will have to make the long walk, after chasing a wide delivery outside off stump. The youngster tries to fetches from way outside off stump, gets a thick outside edge that goes straight to the fielder at short third

OUT! Taniya Bhatia perishes. She was looking to hit out Gardner straightaway, the earlier lofted shot didn't carry to the fielder, however, this time the ball sails high in the air, not even crossing the ring. Captain Lanning gets under the high ball, maintains her composure and snaffles it. First blood for the Southern Stars.

Latest update:It's all over. India beat mighty Australia by 48 runs to finish at the top of Group B

Preview: A confident Indian team will take on the most successful side in the history of ICC Women's World T20 in their final group match on Saturday at Providence, Guyana. With both the teams having already qualified for the knock-outs, it will be a fight to decide the group topper.

It will be India's biggest challenge so far in the tournament. The two fancied teams wasted no time in switching into top gear in the Caribbean, having convincingly won all their three matches so far, and another victory in the next round robin game would certainly be a huge morale booster. While India skipper Harmanpreet Kaur provided the best possible start to the tournament with her blazing century against New Zealand, the seasoned Mithali Raj showed there is no substitute for experience with two fine half-centuries, the knocks coming in times when the team needed them the most.

A downpour in the morning made the conditions difficult for batting against Ireland, but opener Mithali battled her way to her 17th T20I half-century helping her side put up a challenging total, anchoring the innings till the 19th over.

The spinners then rattled the Irish batswomen and ensured an easy win for India.

India cruised into the semi-finals with a 52-run defeat of Ireland at the Providence Stadium. The result meant that Group B's top-two spots were decided, with Australia being the other semifinalist. It also meant New Zealand and Pakistan were knocked out of the tournament.

The Aussies, too, have been in exceptional form. They easily saw off Pakistan in their first pool match by 52 runs, comprehensively defeated Ireland in their second by nine wickets and then beat New Zealand by 33 runs.

While Meg Lanning's side has quite a few match-winners, the name that stands out at the moment is opening batter and wicketkeeper Alyssa Healy.

Her form with the bat recently has been very impressive and she has scored more runs than any of her teammates. Since the beginning of October, Alyssa has scored six half-centuries in eight innings.

Ahead of the game against Australia, the India skipper said they need to be more aggressive on the field.