Follow all the updates from the first ODI between South Africa and England in Cape Town.

First ODI preview: South Africa will look to keep their Test series loss aside when they host world champions England in the first of the three ODIs in Cape Town on Tuesday.

The Proteas won the first Test in December last year, before suffering defeats in the three Tests that followed – All by a huge margin. 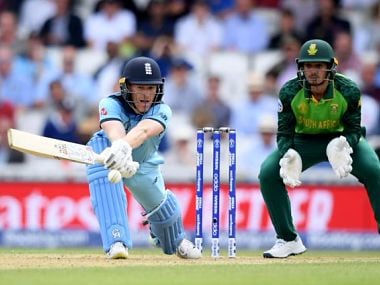 Both South Africa and England experienced completely different campaigns in the World Cup in July last year. While England were crowned 50-over champions for the first time in a dramatic finale against New Zealand in Lord’s, the Proteas endured a seventh-placed finish in the 10-team tournament, managing just three wins out of nine games.

“I remember last time they came here (in 2016) we did pretty well and won the series. So it doesn’t really matter if they are World Cup winners or not. It is the same as if we are playing Australia, India, Bangladesh, or whoever.”

South Africa have struggled in both the ODI and Test formats in the last 12 months, and while there could be a certain amount of experimentation as they begin a new cycle to the 2023 World Cup, De Kock says most important is to get a series win.

“We have new guys that have come in and they bring a lot of energy. We have guys who will potentially make their debut, so the team is very excited,” he said.

“We are in a rebuilding phase and we are looking forward to the next World Cup squad. We want to give the opportunities to youngsters and help them grow as cricketers.

“But for this series, we just want to win. There is a lot of time to give opportunities, but for us right now it is better to get a series win, just for the morale of the team.”

England have rested Ben Stokes, arguably the world’s best all-rounder, but De Kock says there is still much quality in the squad.

“It’s always nice not to have to play against Ben Stokes, but they still have quality players,” he said. “There are World Cup winners that are part of the squad and they have also got exciting young players.

“To start off with a win would be great for the team environment and the boys seem to be up for it,” he added.