That's it from us at Firstpost in our coverage of Day 3 of the second Test between South Africa and India at Centurion. Another day that saw a good contest between the two sides, whether it was Kohli's defiance with the bat, or de Villiers' brilliance that brought the Proteas back on their feet after a couple of early wickets. The game is still anybody's for the taking, though the hosts have the advantage of eight wickets at their disposal with a lead in excess of 100.

Do join us tomorrow to find out how the match shapes out on the fourth day. Till then, good night!

Match called off. Players have gone in. That's it for today.
21:28 (IST)
Full Scorecard

Chaiya Chaiya playing.... meanwhile umpires back on the field. Be ready for a call-off.
21:03 (IST)
Full Scorecard

So an explanation for why light is better... Most of the grounds in SA have new LEDs installed... except of course... Centurion. Hence took time to properly come on. Natural light hasn't improved. Might as well call stumps now.
20:43 (IST)
Full Scorecard

Covers coming on. This could be over. Official word awaited...
20:34 (IST)
Full Scorecard

The umpires have gone off... but Indian players still loitering at the boundary. Clearly, they want to play. Light has improved marginally, but this doesn't look like restarting. Good thing... we have 90 minutes to wait for it.
20:33 (IST)
Full Scorecard

So play has just been stopped. Not called off. Umpires still on the field. Sky clearing in the distance. But... Slim chance of play again. 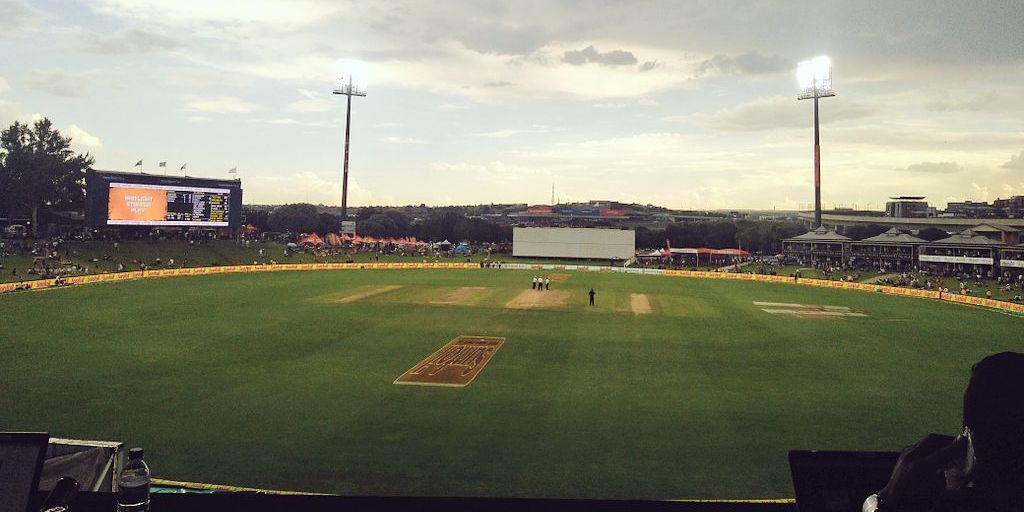 Fifty for AB... and the umpires have come off for lights... To the left, the sky is clearing up but the breeze is flowing in the opposite direction...

This is the ninth fifty-plus score by AB de Villiers against India in Tests - the third most by any South African player. Jacques Kallis had scored such 12 scores which is a record.

And now play has been stopped once again, this time due to bad light. Not long before the umpires walk out with their light meters.

FIFTY for AB de Villiers — his 42nd in Test cricket! The dashing batsman gets to the milestone with a single in the 78th delivery that he faces, and follows it up with a tame raise of the bat. SA 90/2

Fifty-partnership up between AB de Villiers and Dean Elgar for the third wicket! The former has clearly been in charge of the partnership so far! SA 53/2

OUT! Bumrah's on fire right now! Attacks the stumps once again, and the low bounce does Amla in, as he gets trapped plumb lbw. India wrest control of the match already! SA 3/2

OUT! Bumrah raps Markram plumb lbw off his second delivery! The bowler doesn't even turn around, and it turns out to be a pretty easy decision for the umpire. The top-scorer in the previous SA innings now departs for just 1! What's more, it's the uneven bounce on the surface that does Markram in. SA 1/1

OUT! Kohli is the last man to fall as he charges down the track, and miscues his slog to get caught by de Villiers at long-on! IND 307 all out

OUT! The angle and length has worked for Morkel, as Ishant fends a short ball straight into the hands of forward short-leg! IND 306/9

OUT! Simplest of dismissals for Morkel as Shami edges a short ball from Morkel straight to Amla at first slip! Two dismissals with the new ball already! IND 281/8

OUT! The breakthrough has been achieved with the new ball, as Ashwin gets a thick outside edge that carries to du Plessis, who shows quick reflexes here. IND 280/7

FIFTY-PARTNERSHIP up between Kohli and Ashwin, with the latter collecting a single off the second ball of the over to bring up the milestone. Has been a decent recovery for the visitors after the fall of Pandya. IND 259/6

OUT! Absolutely horrendous by Pandya! Is sent back by Kohli while looking for a single after sending the ball towards mid-on, and he lazily strolls to the striker's end, with his bat hanging over the crease when the ball hits the stumps. "UNFORGIVABLE" goes Sunil Gavaskar on air, and rightly so! Good throw by Philander as well. IND 209/6

CENTURY FOR VIRAT KOHLI! His 21st in Tests, and probably one with the most animated celebration from the Indian skipper! He gets to the milestone with a double at the start of the 67th over, taking 146 balls to get there! First century of this series!

India vs South Africa, 2nd Test, Day 3 in Centurion, latest update: AB guides the ball towards the leg side off the first delivery for a couple of runs. Gets beaten next ball with a delivery that stays low. Three off the over.

Day 2 Report: Virat Kohli made a defiant 85 not out as India's other batsmen fell around him to leave the top-ranked team 183-5 in its first innings and 152 runs behind South Africa in the second Test on Sunday.

Kohli's 16th Test half-century showed his determination to keep India alive in a series where it already trails 1-0 and is fighting to justify its No 1 ranking.

Only opener Murali Vijay provided any lasting support for Kohli on Day 2 at SuperSport Park as South Africa's four-man pace attack worked its way through the Indian top and middle order. Allrounder Hardik Pandya was 11 not out alongside Kohli at stumps, with India precariously placed in its reply to South Africa's first innings of 335 all out.

Kohli strode in with India under pressure at 28-2 after losing two wickets in two balls. He took the lead in a 79-run partnership with Murali Vijay (46), making 51 of those 79 runs.

Earlier, South Africa skipper Faf du Plessis played a similar role to Kohli with a precious half-century to take his team past 300. Du Plessis' 63 dragged his team to 335 after useful lower-order partnerships of 31 with Maharaj (18) and 42 with Rabada (11).

India was hoping for a quicker end to South Africa's first innings after three swift wickets at the end of the first day had the home team in trouble on 269-6 at stumps. But India missed chances, notably dropping Rabada twice off successive balls when South Africa would have slipped to 289-7. Kohli missed one of those catches at slip.

India did ultimately remove South Africa's last seven batsmen for just 89 runs, though, with offspinner Ravichandran Ashwin taking 4-113 and seamer Ishant Sharma justifying his selection ahead of Bhuvneshwar Kumar by taking 3-46, including the prize wicket of du Plessis.

But India's reply stuttered early when KL Rahul was out caught and bowled by Morne Morkel for 10, and Cheteshwar Pujara was run out first ball he faced by a direct hit at the non-striker's end from debutant Ngidi.

Ngidi's first day of action in Test cricket improved when he angled one across Patel late in the afternoon and had the wicketkeeper-batsman caught behind, leaving India 164-5.