Catch all the live scores and updates from the Super League Quarter finals clash between hosts New Zealand and Afghanistan.

Afghanistan Under-19 beat New Zealand Under-19 by 202 runs

New Zealand will be up against a spirited Afghanistan side in their Super League quarter-final in Christchurch. Black Caps have enjoyed home conditions and are yet to be beaten in the tournament. Afghanistan on the other hand have punched above their weight, beating Pakistan and Sri Lanka in group stages.

New Zealand vs South Africa Report: New Zealand produced a strong all-round performance to defeat South Africa by 71 runs in a Group A match of the ICC U19 World Cup here on Sunday. 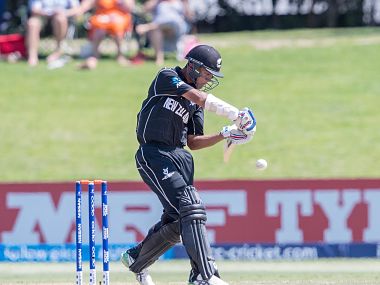 Opener Rachin Ravindra was their highest scorer with 76 runs off 89 balls.

Dale Phillips played a crucial innings of 43 runs in the middle-order while Max Chu scored 35 later to help the Kiwis finish on a strong note.

Hermann Rolfes was their highest scorer with 108 runs while Jean du Plesis made 54.

The duo added 106 runs between them to help steady the innings after the Proteas lost their entire top order for just 76 runs within 22 overs.

But the rest of the South African batsmen failed to rise to the occasion with seven of them dismissed before reaching double figures.

Ravindra played a crucial role with his left arm spin, claiming figures of 4/32.

New Zealand finished at the top of Group A with six points after winning all their three first round matches.

The Proteas also qualified for the quarter-finals as they finished second in the group with four points from three matches.