There must be a sincere attempt to improve batting and bowling skills that are needed for Test cricket to be exciting. Instead, there appears to be a bid to cut corners ostensibly to provide for more limited-over games.

Editor's Note: With ICC mulling over permanently reducing Test cricket to a four-day affair after the 2021 cycle, it has left fans and experts divided over the impending decision. As the debate rages on, Firstpost explores why the proposed change is unwarranted.

Could they not leave Test cricket alone? If the game’s caretakers cannot do anything about enhancing the most challenging format – as acknowledged by successive generation of cricketers – the least they can do is to leave it in its present shape and form. The charm of the fifth day of a Test match deserves to be retained rather than sacrificed at the altar of commercialism.

The game’s administrators have already brought the number of Tests down – the number of five-match series has shrunk with more and more two-Test series being played across the world. In 2019, there were 40 Tests, the fewest since the 39 played in 2011, but it will be fair to remember that more teams are playing Tests now than ever before.

It is not just because one is an incurable cricket romantic that the idea comes across as demeaning the very tenets of Test cricket, but also because the administrators have allowed themselves to be swayed by suggestions that five days are too long in times when most games are ending in four, if not three days. 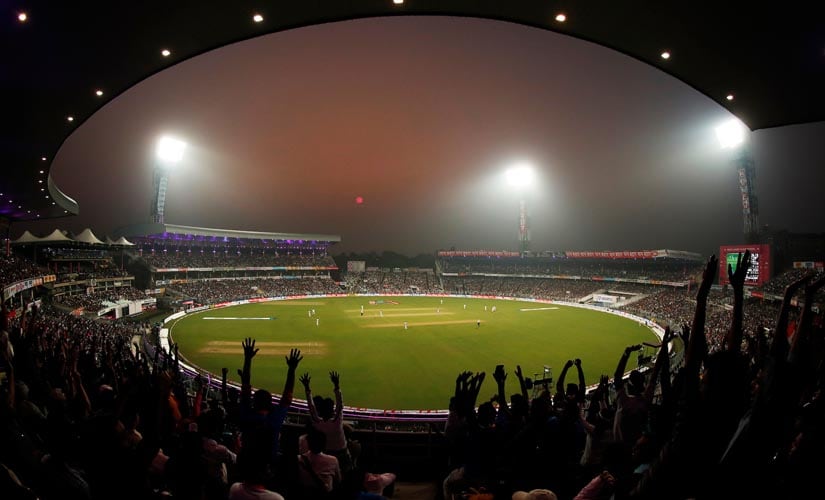 Test cricket has embraced changes from orthodoxy and convention such as Day-Night contests. Image courtesy: Sportzpics

I have not quite studied the Tests that have ended inside four days at great depth, but it will be a good wager that most of them have featured a weak side or played on surfaces that have overwhelmingly favoured the bowlers of the respective home teams. The better teams always battle it out for close to 15 sessions before a result is secured.

Of course, the world must embrace change and sport must move with the times, reflecting the society in which it is played. Yet, having conceived and sustained new products like 50-overs-a-side games to Twenty20 cricket, the sport’s officials should have resisted the urge to alter the very ethos of Test match cricket by chopping off a day from each game.

There is already so much for officials to experiment with. From the one-day format through to day-night cricket with white ball, coloured clothing, from 60-overs-a-side to the Twenty20 explosion, from Powerplay to over-restrictions, they have produced “new and improved” versions of the game. There really is no need to bring the number of days in a Test to four.

It is amazing that cricket’s stakeholders are thinking of depriving teams of the opportunity to win more games against quality oppositions and on good Test match pitches and of depriving fans across the world that extra day’s action. You cannot label me as resistant to change. After all, I have not rejected the adrenalin rush that Twenty20 cricket induces.

Let me bolster my argument in favour of five-day games by taking you back to three Test matches featuring India and Australia that I was privileged to watch or report from the MA Chidambaram Stadium at Chepauk in Chennai. Of course, there will be quite a few examples that you can think of, but I recall these without much effort.

The first was the tied Test in September 1986. From my perch in the stands, I watched the game finish on the fifth evening well after the players shadows stretched on the ground as far as possible. In fact, there were no shadows when the game ended with Vikram Raju ruling Maninder Singh leg before wicket to Greg Matthews.

The second was in March 2001 when India scampered home by two wickets, with just over an hour left for stumps to be drawn. A Matthew Hayden double century, Sachin Tendulkar’s 25th Test hundred, a 15-wicket haul for Harbhajan Singh and a memorable second of VVS Laxman’s twin half-centuries come flashing to the mind.

The third game that bounces back in mind was a thriller in October 2004. On the opening day, Anil Kumble sliced through Australia with a bag of seven wickets, Virender Sehwag’s aggressive 155 and Mohammed Kaif and Parthiv Patel’s century stand put India in the driving seat; but after Damien Martyn scored a battling century, India was left chasing 229 for victory.

Sehwag made his intentions clear on the fourth evening, treating fans to three fours off Glenn McGrath as India closed at 19 without loss. And we were all set for a great finish to the game the following day. An overnight thunderstorm over the Bay of Bengal robbed everyone off the final day’s play when many a fingernail would have been chewed, many a heart skipping a beat.

Only nature, and not a bunch of individuals, should have the power to rip the final chapter of a thrilling book that Test match cricket is. It is another matter that a handful of games end in three days and a few more in four. Teams must have the opportunity to press for victory on the fifth day rather than be made to settle for a draw.

There must be a sincere attempt to improve batting and bowling skills that are needed for Test cricket to be exciting. Instead, there appears to be a bid to cut corners ostensibly to provide for more limited-over games. There can be no worse way to hasten the demise of Test cricket, universally acknowledged as the greatest format of the game.

They must put their heads together and find ways to bring more people to the grounds and to make more people follow Test cricket across digital media rather than take the easy way out in reducing the scheduled duration of a game by 20 per cent so that the calendar can have more limited-over matches. Could the officials not leave Test cricket alone?