Former India player Yuvraj Singh has played under many captains but when asked to pick his favourite, the southpaw went for another left-hander and current BCCI president Sourav Ganguly.

Former India player Yuvraj Singh has played under many captains but when asked to pick his favourite, the southpaw has gone for another left-hander and current BCCI president Sourav Ganguly. 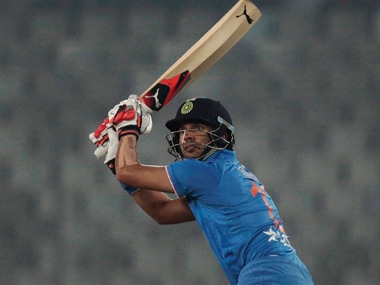 In an interview with Sportstar, Yuvraj said the support he received from the former captain was immense and it made a big difference.

"I have played under Sourav (Ganguly) and had a lot of support from him. Then Mahi (MS Dhoni) took over. It’s a difficult choice to make between Sourav and Mahi. I have more memories of time under Sourav because of the support he gave me. I didn’t have that kind of support from Mahi and Virat (Kohli)," Yuvraj said.

Yuvraj, who announced his retirement from cricket last year, also spoke about the pressure of expectations on the likes of Rishabh Pant and Prithvi Shaw. He said the coaches and seniors have a big role to play when it comes to mentoring youngsters.

"Coaches and seniors have to be in touch with them constantly and tell them there are certain things they can’t do on and off the field. Work harder on their fitness. They really need guidance because they are at a fragile stage. They can either become great players or their careers could break. If they make a mistake they should be told it is not acceptable. I have gone through that stage."