The Karnataka State Cricket Association (KSCA), in its press release said that, the Chinnaswamy stadium will now be hosting the second T20I on 27 February instead.

The first T20I between India and Australia, which was scheduled to be played at the M Chinnaswamy Stadium in Bengaluru on 24 February will now be hosted by VDCA cricket stadium in Visakhapatnam. The change in schedule has been made keeping in mind the fact that International Aero India Show is also taking place in Bengaluru on the same day.

The Karnataka State Cricket Association (KSCA), in its press release said that, the Chinnaswamy stadium will now be hosting the second T20I on 27 February instead. 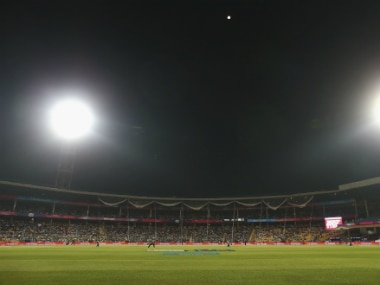 "Due to the ensuing International Aero India Show on 24 February 2019 and other logistical issues, the KSCA had requested BCCI to look at alternate date or to swap the match with Andhra Cricket association."

"KSCA request has been accepted by the BCCI hence the KSCA wishes to thank the BCCI for their quick response and accepting the KSCA request," read the release.

KSCA added that the Committee of Administrators have also given green signal to the change in schedule.

Australia's tour of India begins with two T20Is, followed by five ODIs. The first ODI will be played on 2 March in Hyderabad, second ODI on 5 March in Nagpur, followed by the third ODI in Ranchi on 8 March.

The last two ODIs will be played in Mohali and Delhi on 10 and 13 March respectively.