What a game we had tonight! This World Cup has been quite mundane so far but not today. Sri Lank's surprise win over England has thrown this World Cup wide open. England were expected to earn an easy win tonight but Sri Lanka kept fighting. First Angelo Mathews with the bat and then the bowlers, Lasith Malinga was the pick of them but he was supported greatly by Nuwan Pradeep and Dhananjaya de Silva. We hope for more such games.

That's it for tonight! We will see you tomorrow. Remember, India plays Afghanistan tomorrow.

Dimuth Karunaratne, Sri Lanka captain: Our batsmen and bowlers did a great job. The pitch was getting slower and slower and we couldn't get to 300 so wanted 250-275. Angelo batted very well and with some score on the board the bowlers knew what to do. It's a team effort, when Malinga got a couple of wickets we needed to keep him for the last overs, and Dhanajaya did a really good job.

Eoin Morgan, England captain: We were good with the ball. But we lacked substantial partnerships (while chasing). It was not enough from us. It is more frustrating. Learning as much as we can. Both sides faced challenges with the bat. We have to come back quite aggressively. No, this is not a blow to semi-final chances. Australia is tough. We don't know yet about Roy's participation for that game.

The last time before today England failed to chase down a target of less than 250 runs in a home 50-overs ODI was in 2010 against Pakistan at The Oval while chasing a target of 242 runs.

This is unbelievable stuff from Sri Lanka. They have beaten tournament favourites. Lasith Malinga what a performance this has been. There’s no better player in world cricket than him when it comes to defending low scores. Eoin Morgan the England captain was amused at the squad selection of Sri Lanka at the start of the tournament. Well, they have England him off guard. Such talk before a big tournament can come back to haunt you. Today is has really hurt England. They have got to play three big games now – Australia, New Zealand and India. No room for error whatsoever. Well played Angelo Mathews. He loves this ground Headingley. I presume his next child will be named Headingley. 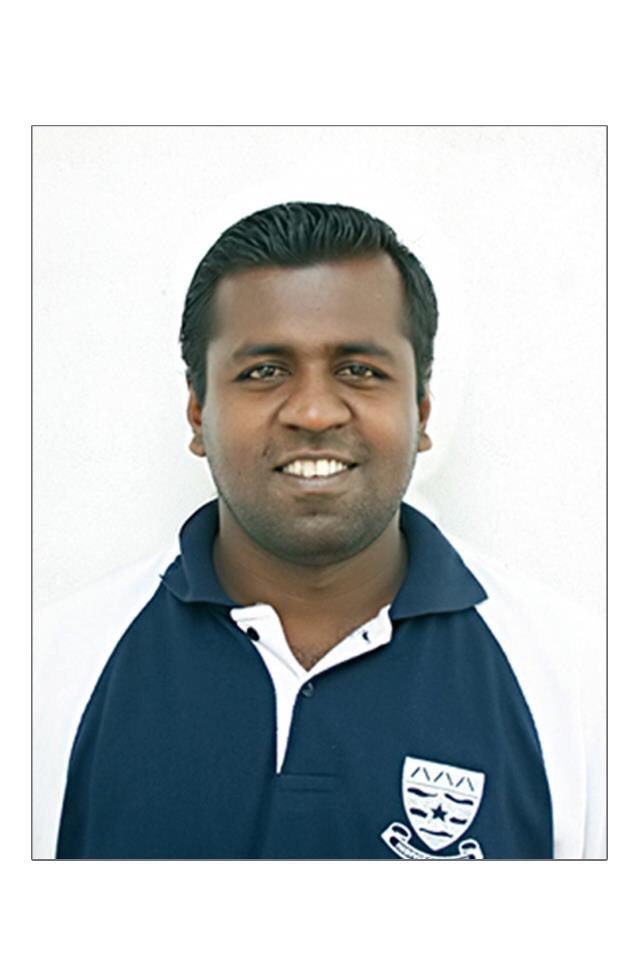 This is England's first defeat at Leeds after winning six consecutive ODIs at the venue.

Ben Stokes is the first England player with two eighty-plus scores batting at No.5 or lower in ICC ODI WCs. Overall, he is the seventh player to achieve the feat.

Out! And Sri Lanka beat England by 20 runs. A massive upset. Wood nicks one to the keeper off Pradeep and England have folded here. 212 all-out.

FOUR! Stokes showing his class. Slightly on the leg and Stokes moves across, gets onto his knee to swipe the shot to fine leg

Out! And Sri Lanka beat England by 20 runs. A massive upset. Wood nicks one to the keeper off Pradeep and England have folded here. 212 all-out.

The pressure has accounted for another wicket. Archer wanted to the change the dynamics of the game with a slam down the ground but Udana changed the pace, bowled a slower one and the catch has been taken at longon. SL just a wicket away from win.

Another one bites the dust trying to play for the spin. And lack of spin has proved to be fatal. Rashid was looking to cut it late but edged it to the keeper.

Another wicket for de Silva! He has opened up the game for Sri Lanka. Woakes gets caught behind as he attempted a cut. Good catch by Kusal Perera.

FIFTY! Ben Stokes brings up his half-century in 61 balls with a four to third man with an outside edge

Moeen Ali gets caught in the deep at long off trying to go for a six. There was no need for that shot, he just hit a six on the previous ball. England in some trouble.

Malina produces his special yorker to pin down Buttler in front of the stumps. Given out lbw but he decides to take a review which just confirms the dismissal. England lose the review.

Little tickle down the legside proves to be the undoing of Root. Malinga strayed that onto leg side and at first instance it looked like Root missed the flick shot but keeper was excited and kept appealing. SL decided to take a review and there's a spike on UltraEdge.

FIFTY! Joe Root brings up his half-century in 78 deliveries on his home ground. His fifth in World Cup.

Morgan drilled his shot in front of the wicket as Udana stretched his arms out and guess what it sticked in palms. A terrific reaction catch to remove the skipper. A much needed wicket for Sri Lanka.

OUT! Malinga strikes again! After being hit for two fours in the over, Malinga bounces back strongly. It's an outswinger outside off, Vince, without any feet movement, looks to drive but is done in by the movement. He gets an outside edge and the first slip fielder takes a very good catch. England have got a bit of a wake-up call now.

OUT! Malinga strikes in first over.

The ball moved in just a bit to escape Bairstow's bat to hit his pads. Looked like going down but umpire gave it out followed by a review. It was clipping leg and umpire's call stays. Bairstow is disappointed.

OUT! Leg-stump yorker that knocks the leg stump flat, says Atherton after Wood ripped the stump apart. Malinga made room and asked Wood to get him out, the bowler obliged. Malinga b Mark Wood 1(5)

OUT! Scores a boundary on first ball, perishes on the next. Short and fast from Wood, and Udana attempted a pull, only managed to give a catch to Root at mid-on. Udana c Root b Mark Wood 6(4)

OUT! Perera's quest to up the scoring rate has come to an end as he perishes on 2. Archer banged it hard and bounced it off the pitch, Perera made room and tried to upper cut but ended up giving a catch to Rashid at wide third man. Perera c Adil Rashid b Jofra Archer 2(6)

OUT! Some excitement in the match, courtesy of England and Archer, he bowled a slow delivery and asked Dhananjaya  to go after him, he did and the ugly heave he played ended up going to Root, who took a nice catch at mid-on. Dhananjaya de Silva c Root b Jofra Archer 29(47)

FIFTY for Mathews! FOUR! Mathews has scored a boundary, his third boundary after having faced 84 deliveries, swept it for four to fine leg. He completes his fifty as well. A very ugly innings, to be honest.

England have fielded superbly as well and have been on their toes even against a hopeless batting line-up. Buttler can be seen advising Morgan with field positions. They want to wrap this up soon. With the boundary on the last ball, 150 have come up for Lankans.

OUT! Are you serious, Sri Lanka? Another wicket gone. Jeevan Mendis comes in and just one the first ball he faces, gives a caught and ball to Rashid. Sri Lanka have fallen off the track again. Two wickets in two balls for England for second time in the match. J Mendis c and b Adil Rashid 0(1)

OUT! Worst shot from Mendis to get out, flight in the ball, outside the off stump line but it seems he had pre-meditated to hit in the leg side, he sat and swept rather than driving it square off the wicket on off side and hit it directly to Morgan at mid-wicket. The partnership has been broken. Kusal Mendis c Morgan b Adil Rashid 46(68)

100 up for Sri Lanka. Mathews has now opened his arm for the first time as he collects his first boundary. Now is the time for Sri Lanka to score a few boundaries and put some pressure on England. Rebuilding work has been done. The risks need to be taken now.

OUT! That's the end of Fernando, who departs one short of a fine fifty. Pace on the ball and slightly wide, Fernando tried to place it over the third man fielder for a six but ended up giving a straight catch to Rashid standing there. Avishka Fernando c Adil Rashid b Mark Wood 49(39)

Fifty has come up for Sri Lanka with the loss of two wickets. It is a huge achievement after the start they got, and much credit for it must go to Fernando who is showing equanimity and skills in equal proportion. Fifty-run stand has also come up between Mendis and Fernando.

OUT! One more wicket gone, wide from Woakes and it was seaming away as well, Perera slashed hard on the off side, the leading edge flew to third man where Moeen Ali took a safe catch. Second wicket falls for islanders. They are in huge trouble straightaway. Kusal Perera c Moeen Ali b Woakes 2(6)

OUT! Lovely, superb fast bowling, seamed it across Karunaratne and squared him up, managed the nick off the bat and Buttler did the rest behind the stumps. Umpire did not have any second thoughts with the decision and raised the finger. The edge was quite audible on TV as well. Karunaratne c Buttler b Jofra Archer 1(8)

Dimuth Karunaratne, SL Captain: We are looking to put scoreboard pressure on England. I think we are worried about midde order but we will bounce back.

Eoin Morgan, England captain:Wanted to do the same that is bat first. We are unchanged.

TOSS NEWS: Sri Lanka win toss and they are going to bat first.

England will look to maintain their winning momentum and significantly increase their chances of making it to the semi-finals by beating struggling Sri Lanka at the Headingley on Friday.

With four wins and one defeat, England are second in the points table behind New Zealand. One more win on Friday will take their points tally to 10. Meanwhile, Sri Lanka has just one win from five matches with two games resulting in washouts.

In their last match against Afghanistan, England skipper Eoin Morgan hit 17 sixes, a world record, to help England post 397/6 in 50 overs. Morgan smashed 148 off just 71 balls as England won the match by 150 runs.

“It was amazing, amazing,” Wood told reporters. “Coming off his back injury scare and stuff, and not knowing how he would play or feel, I was just astounded by how well he played.

“A lot of the bowlers tend to sit in the back of the dressing room and try and relax but even I came out and watched that because it was great to see on such a big occasion.

“I know we’ve played like this for four years now, and there’s been some remarkable things, but to do it in a World Cup game speaks volumes about how Eoin wants the team to play and the values we’ve kept going throughout those four years.”