Durham and former England cricketer Paul Collingwood has announced his retirement, stating that he will not play professional cricket after his match against Middlesex starting on 24 September.

Former England captain Paul Collingwood will retire from professional cricket at the end of the current season, his County Championship side Durham announced on Thursday. 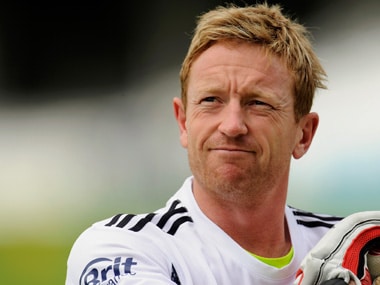 Collingwood, 42, became the first England captain to win a trophy at a global tournament when he guided them to the ICC World T20 in 2010. He was part of three Ashes series wins over Australia before retiring from international cricket in 2011.

“I knew this day would eventually come but it hasn’t made it any easier — although it’s an emotional decision, I know that the time is right and I’m comfortable knowing that I have given every last ounce of energy to the sport,” Collingwood told the club’s website.

“I have achieved so much with both Durham and England, far more than I ever imagined and I feel extremely privileged to have had such a long and rewarding career. I am excited about what the future holds for me and am looking forward to new challenges,” he added.

Collingwood scored close to 17,000 runs in first-class cricket since making his debut 22 years ago. He made 4,259 runs in 68 tests and will play his final game against Middlesex starting on 24 September.