The entire hype heading into the match was about Pakistan’s young rapid pace battery, but for Pakistan to truly compete they needed to overcome the Australian bowling

It took Pakistan's openers just two hours to rewrite the history books. Shan Masood and Azhar Ali went to lunch on the opening day with the score reading 0-57. It was the first time ever Australia had failed to take a wicket in the first session of a Gabba Test match when bowling first. It was a monumental effort. Pakistan had defied all the odds. They had turned their weakness into strength. That was the good, then came the bad and it eventually ended with the ugly. A match that started so brightly for the tourists finished with a crushing innings and five-run loss. 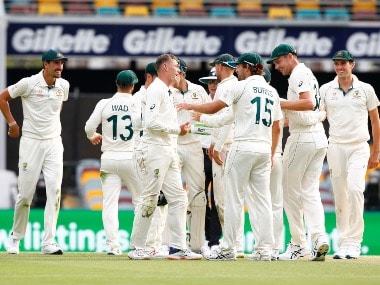 The entire hype heading into the match was about Pakistan’s young rapid pace battery, but for Pakistan to truly compete they needed to overcome the Australian bowling. A catastrophic collapse of 5-19 in the second session had diminished all their hopes of simply challenging Australia.

Teams playing at home are always better at capitalising on the small openings. Pakistan had left the door ajar and the might of David Warner had kicked the door down in a bang. There was so much positivity in Warner’s game that it was difficult to believe he had failed to accumulate 100 runs in 10 outings on English soil. Warner took on the inexperienced Pakistani attack and destroyed their confidence. Imran Khan, Shaheen Afridi and Naseem Shah looked out of their depth as Warner and Burns splayed them across the vast spaces of the Gabba. The opening partnership of 222 had demoralised Pakistan and there was never going to be a way back.

As captain Azhar Ali stated after the match “The most difficult session was the opening session. It was not easy. But we lost the second session where we lost a lot of wickets in no time. That was a great setback for us. There were soft dismissals that’s why missed the opportunity to score a big total. After scoring 240, we weren’t able to get wickets with the new ball. The bowlers kept fighting even when their score read 300-2. Labuschagne played a brilliant knock as did Warner. “

When a game shifts so drastically, more doubts are raised and the omission of Mohammad Abbas was puzzling, to say the least. This was a bowler that had sliced open the Australian batting on an unproductive surface in Abu Dhabi just 12 months ago. How could he not feature in the XI? But all these queries only came up in hindsight. After all Pakistan had a chance golden chance to post a competitive total and blew it.

But as India showed last year to defeat Australia the batting unit needs to find a way against the brilliance of Cummins and Hazlewood. It was Pakistan’s inability to wear the pair down that resulted in a monumental collapse in the first innings. There are tough phases of play that a batsman must withstand, unfortunately apart from Babar Azam and Muhammad Rizwan no other Pakistan batsman seems capable of handling the bounce and the pressure for a substantial period of time.

Pakistan will look back on a Test as a missed opportunity while Australia will believe that can only get stronger. In the Ashes, the highest opening partnership across the five Tests was 18, at the Gabba, Warner and Joe Burns added 222. Then came the sparking knock of Marnus Labuschange, he is arguably the most improved batsman in Australia in the past six months. The solidarity at the top order was the standout feature for the home side. Justin Langer and Tim Paine will take great delight in the fact that despite a rare failure by Smith Australia could still post a total of 580.

Pakistan can take plenty of delight from the partnership of Azam and Rizwan. These are two young men that are willing to fight and apply themselves. They have all the shots and have the capacity to flay the Australian attack as evident in the second innings. Azam’s innings was of the highest calibre. His footwork, shot selection, defence along with his temperament was a pleasure to watch. But as Azam rests his head on a pillow tonight, it was will be the ghost of that audacious stroke in the first innings that will haunt him rather than the sweet dream of scoring a hundred in Australia.

In the space of four days, Pakistan have realised that despite having a highly skilled fast bowling unit, it is the way their batsmen counter the Australian bowling that holds the key to success. Naseem Shah shone periodically as did Azam and Rizwan, but Test cricket is all about durability and Australia over time had the skills and the patience to grind Pakistan out of the contest.