The Delhi High Court has directed Amazon to remove the listing of a drink manufactured by a Pakistani company under the name “Rooh Afza” from its platform in India.

The order comes after the Hamdard National Foundation, the Indian maker of the drink, said some of the “Rooh Afza” listed on the e-commerce site in India are not manufactured by Hamdard Laboratories (India), but by Pakistani companies whose details are not mentioned on the packaging.

Let’s take a look at the origins of Rooh Afza and why the Delhi High Court made the move:

What is Rooh Afza?

An ultra-sweet concoction of herbs and fruits, Rooh Afza means “refresher of the soul”.

It has not only survived the 1947 partition of the two countries but thrived on both sides of the border.

In North India, the drink has long been popular during summer while in Pakistan, the drink is a particular favourite in the holy month of Ramazan, when it is served as an evening thirst-quencher with the Iftar feast, when Muslims break their fast.

Rooh Afza was first sold in 1907 in Old Delhi, the congested heart of the Indian capital, by Hakim Hafiz Abdul Majeed, a traditional healing practitioner.

In 1947, with the partition of British India, one son stayed in Delhi while the other upped sticks for the new Pakistan.

They set up factories in each country — as well as one in East Pakistan, which became Bangladesh in 1971 — under two firms, Hamdard India and Hamdard Pakistan.

Thus Hamdard National Foundation manufactures Rooh Afza in India while Hamdard Laboratories (Waqf) has the rights over the drink in Pakistan.

Why did the Delhi HC pass this order?

The Delhi High Court passed the order on a petition by Hamdard National Foundation and Hamdard Laboratories India which stated that various brands were illegally selling Rooh Afza on Amazon.

The company said some sellers took down the products after they were served legal notices but recently it spotted a seller selling Rooh Afza bottles manufactured in Pakistan, as per Samaa.

As per Indian Express, one of the manufacturers whose product was being sold on Amazon was Hamdard Laboratory (Waqf), Pakistan.

The manufacturer says on its website that Hamdard Pakistan was founded in Karachi “in a two-room rented clinic of Tibb-e-Unani in 1948” by Hakim Mohammed Said, under whose leadership “Hamdard soon became a success story with its respected and well-liked products, especially Rooh Afza syrup and effective herbal medicines”, as per the report. 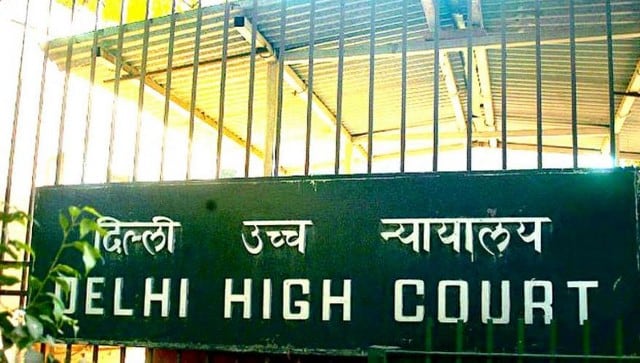 Samaa quoted the high court as saying in its Wednesday order, “‘Rooh Afza’ is a product which has been consumed by the Indian public for more than a century now, and its quality standards have to comply with the applicable regulations prescribed by the Food Safety and Standards Act and Legal Metrology Act.”

The court in its order said when one clicks on the link ‘Visit the Hamdard Store’, which is provided next to the product listing of Golden Leaf — the seller of imported Rooh Afza on Amazon – the consumer is taken to the webpage of Hamdard Laboratories India.

“Thus, any consumer or user on the platform is likely to confuse the ‘ROOH AFZA’ product originating from Hamdard Laboratories (Waqf), Pakistan as being connected or originating from the Plaintiffs..” the court stated.

“Until and unless the consumer actually receives the product, the consumer has no way of knowing as to whether the product being sold is that of the plaintiffs or not. This can have an adverse impact on the consumers, inasmuch as the details of the sellers are not known,” the court added, as per Live Law.

“Since www.amazon.in claims to be an intermediary it has an obligation to disclose names of sellers, their contact details etc., on the product listings,” the court stated.

“If the same are not available on the product listings, Amazon sellers shall clarify as to in what manner consumers expected to obtain such details from Amazon.in platform,” the court concluded.

Amazon has been asked to file its reply in four weeks, Live Law reported.

The matter will next be heard on 31 October.

‘Relevance of Rooh Afza will remain’

Hamid Ahmed, the great-grandson of the founder, who runs the Indian business, said the recipe had not changed in the last 115 years.

“It’s a big secret; even the people at the factory will not know it… There would be, I think, three people who would know it,” the 45-year-old told AFP in June with a chuckle.

Apart from being served ice cold, the drink’s blend of fruits and herbs is thought to help with the northern subcontinent’s dusty summer winds, known as the loo.

Since South Asia is suffering ever-hotter summers, a phenomenon blamed on climate change, the future is bright — for Hamdard’s business prospects at least.

“I think with global warming, temperatures are increasing … the relevance of Rooh Afza is not going anywhere soon,” Ahmed told AFP.