Drop of Tear: Why are the British royals wearing pearls at the Queen's funeral?

Both Kate Middleton and Meghan wore pearl jewellery at the Queen's funeral. While Elizabeth II's love for the gem is known, legend has it that the erstwhile Queen Victoria wore nothing but black clothes and pearls for 40 years following her husband’s death

Members of the Royal Family are expected to follow strict dress codes in the event of a death of a fellow member. AP

When you are a royal you do things differently. We have seen this in the last 10 days since the death of Queen Elizabeth II. There is a mourning dress code and there is morning jewellery, which women of the royal family have been seen donning these days.

Princess of Wales Kate Middleton, Duchess of Sussex Meghan Markle, Queen Consort Camilla, and  women members of the royal family were seen wearing pearl jewellery to go with their black dresses during the course of national mourning for the Queen.

Apart from the obvious reason of the monarch’s love for pearls, the history of ‘mourning jewellery’ and how pearls became a part of it goes way back.

We take a look at what the royal women wore for the funeral and how this tradition began.

Pearls in memory of the Queen

According to a report by Daily Mail, the Princess of Wales wore a black ensemble, paired with a triple-string pearl necklace that was part of Her Majesty’s jewellery collection for the funeral ceremony. She also was seen wearing a pair of Princess Diana’s diamond and pearl earrings.

Meghan wore a black, knee-length cape dress. She accessorised it with a large black hat and pointed court shoes but opted to not go with the traditional black veil worn by other royal women. She wore a pair of pearl-and-diamond drop earrings gifted to her by the Queen in honour of their first solo outing together in 2018. Princess of Wales Kate Middleton, Duchess of Sussex Meghan Markle were seen wearing pearl jewellery to go with their black dresses during the course of national mourning for the Queen. AP

Queen Consort Camilla was dressed in a black coat dress with a black floral hat and a short matching veil. According to Independent, she completed her look with the Hesse-heart-shaped diamond jubilee brooch, which belonged to the Queen.

The tradition of wearing pearls as mourning jewellery started more than 150 years ago.

A tradition that dates back to 1861

After the death of her husband Prince Albert in 1861, Queen Victoria – the erstwhile monarch of the United Kingdom – suffered so much grief that she only wore black clothes for 40 long years, pairing them with pearls, which are said to represent drops of tear.

According to a report by Metro, she chose to wear strands of pearls for the rest of her life. A grief so strong that Queen Victoria’s decision to wear pearls has been taken forward as a tradition to date. 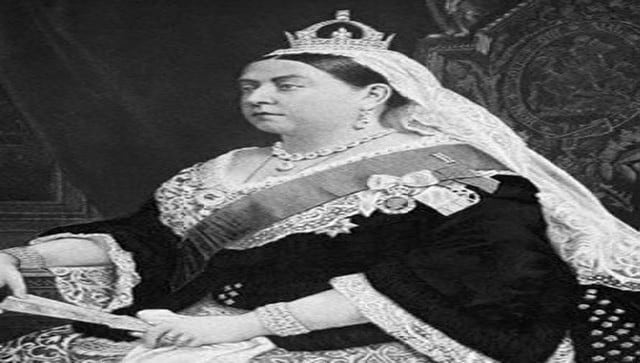 Queen Victoria chose to wear strands of pearls for the rest of her life. Image courtesy: Wikimedia Commons

In 1878, as her daughter Princess Alice died, Queen Victoria wore a jet-black pendant set with a single white pearl, according to a report by The National News.

Also read: Explained: What is the Royal Vault, where the Queen will be laid to rest? Who else is buried there?

Jewellery historian Vivienne Becker elucidated what pearls meant for the Royal Family. She told Vogue, “It’s very much a tradition. It’s all about the suppression of colour, and also pearls are not glittery or brash. By choosing them, you are being low-key and respectful.”

Another reason why pearls hold significance to the royal family is that during Renaissance, these jewels of the sea were highly associated with wealth and social rank. And as Queen Elizabeth I was keen to portray her image as the Virgin Queen, she extensively wore pearl jewellery as they served the dual purpose of representing purity and chastity as well as extreme wealth and power.

However, pearls slowly came to be associated more with mourning only after Queen Victoria held them so dearly after her husband’s death.

Clare Philips, jewellery curator at the Victorian and Albert Museum wrote in her book Jewels and Jewellery,  “The etiquette surrounding death became more complex and rigid in the course of the [19th] century… By the 1860s a widow was expected to dress in black for a year and a day after her husband’s death, wearing minimal black matte ornaments, usually of unpolished jet. Gradually she was allowed more elaborate mourning jewellery, then diamonds and pearls, and finally a return to coloured stones. Some widows, following the example of Queen Victoria, never returned to more light-hearted pieces.”

Keeping up with the tradition, Queen Elizabeth II herself wore pearls to the funerals of her father King George VI, her daughter-in-law Princess Diana, her sister Princess Margaret, and her husband Prince Philip. 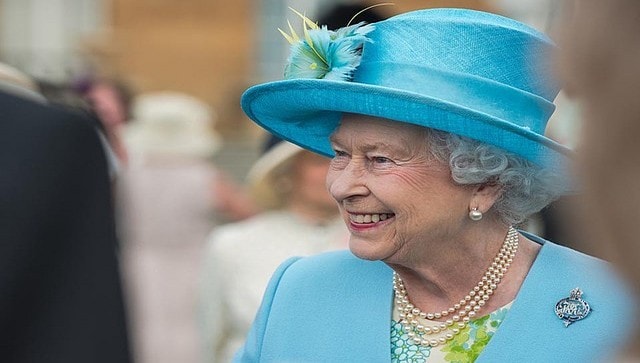 But Queen Elizabeth II’s preference for pearls went beyond mourning tradition. According to a report by Express, there’s a sentimental reason attached to the late queen’s love for pearls.

The queen was extremely close to her father King George VI and the latter gifted her a necklace featuring three rows of delicate pearls, a piece of jewellery that was inseparable from her.

Also read: Queen Elizabeth II had plans for her own funeral: Here’s what they are

Elizabeth was so fond of the necklace that she had another one made for her, which she wore interchangeably so that the original one doesn’t wear out.

The Princess of Wales, Kate Middleton, has worn pearl-based jewellery on several sombre occasions. Starting from Prince Philip’s funeral last year where she was seen wearing pearl earrings to the mourning period of Queen Elizabeth herself, Middleton has sustained the tradition of wearing pearls during funerals. Meanwhile, Meghan Markle was seen wearing a pair of diamond-and-pearl stud earrings, which were gifted to her by the Queen, on 17 September for the lying in state.

Members of the Royal Family are expected to follow strict dress codes in the event of a death of a fellow member.

According to The List, members of the family who have not served in the military have to wear black clothes, the colour associated with mourning. The history of wearing black clothes goes back to the Roman empire, when people would wear dark-coloured apparel to let others know that they have lost a loved one.

Apart from pearl jewellery, women are also supposed to wear veils during funerals.

Race and the pain of being a royal: Harry-Meghan’s shocking revelations in their Netflix series

The first three episodes of the Netflix docuseries — 'Harry & Meghan' — have been released and the couple doesn’t hold back. The Duke and Duchess of Sussex tell their story — from their first date to Meghan’s first meetings with the royals and the racism and harassment from the British press

Harry, Meghan have 'run out of ammo' in battle with royals