X Fails: 'The X Files' reboot needs a makeover, much like 'Star Wars: The Force Awakens'

There’s a certain art in making fanboys first salivate at their mouths and then letting them down. You give them a promise of their long lost love returning to them, and when they least expect it, you swipe the rug from under their feet so hard they find themselves on the ground covered in their own saliva, wondering what the heck happened.

This brutal little tactic was used in the new six-episode revamp of The X Files, a series run so unspectacular it hurts. And in an era where reboots (Jurassic Park, Star Wars) are doing pretty well, The X Files does an embarrassing belly flop. 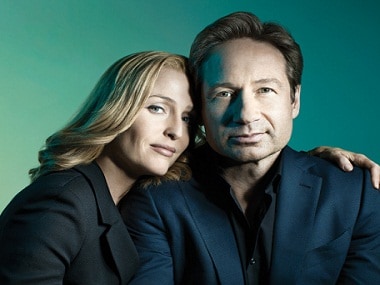 David Duchovny and Gillian Anderson from The X files. Image from Facebook.

Here’s the thing about the 90s – they were awesome because they were silly. You cannot execute something out of the 90s in 2016 with the same parameters. When the show originally aired Fox Mulder and Dana Scully were TV characters from the 90s. They spoke and behaved like sophisticated detectives – in the 90s. Even if you watch an older episode from the series you can’t help chuckle at some of the silliness in the show. I mean, one of the episodes was about killer cats in a tunnel, and the mythology was about aliens and government cover-ups. The same silliness carries over to this reboot, and is yet executed with deadly seriousness.

The best thing that happened to Star Wars was that it was taken away from George Lucas. Often times the creators of incredible pop culture don’t quite understand how things have changed over time. So when they attempt to recreate the magic decades later they end up in a ditch. Even Spielberg floundered with the fourth Indiana Jones movie.

Chris Carter did something special with The X Files back in the 90s, but bombed big time with the 2008 film and is faring even worse running this reboot. Clearly he doesn’t want to hand over the reigns of something he created to someone else, and the results are predictably bad. The X Files reboot needed to be taken away from Carter, and given away to someone who grew up watching the show. Someone who understood what made the original show great and knows how it would work in the contemporary world. The X Files needed to be JJ Abraham’d.

Back in the 90’s, with genre pushing horror and state of the art special effects the X files was something you’d never seen before on TV. The production design and the cinematography made the show look like a movie, when other shows had tacky TV aesthetics. But after ten seasons of the same shtick you begin to expect something new or different. Presently every TV show looks great, and some of the popular ones (like Breaking Bad or Game of Thrones) look even better than most films. TV just got better. And it’s not just about the visual appeal – the content on TV just got better. Shows like Narcos, Bloodline, Hannibal and Sherlock command super high quality writing, so to see the X Files reboot with the same outdated concepts of aliens and government conspiracy theories is just sad. And to see the execution of outdated concepts in hammy ways is even worse.

Not to sound like a lookist but it’s impossible to ignore how old David Duchovny and Gillian Anderson look in the show now. But it’s not their age that grates, it’s the fact that the chemistry, spark and sense of fun from the original run is gone. The sincerity has vanished. Now both actors look like they just don’t want to be on the show anymore but are contractually obligated to. They look tired and their performances are labored. Often times it seems like they’re depressed to be back on the show just to be culturally relevant again. The show’s creators decided to retain the original title sequence, but it only reminds you how young and awesome Mulder and Scully used to be.

The Forgotten Monster of the Week

During the original run of the show episodic sci fi and horror were the in thing. The Twilight Zone had made one episode long horror popular and the X Files took it one step further by mixing this format with a larger mythology. You can’t take this format seriously anymore. If Mulder and Scully discover twin teenagers with superhero powers and alien DNA in one episode, you can’t simply forget about them and move on to the next. If you were either Mulder of Scully you’d stop to investigate this phenomenon further. And even after all that’s happened over the years, you can’t watch Scully still being skeptical about things.

The third episode, written and directed by series favourite Darin Morgan should have been the only standalone episode in this reboot because it deconstructs everything that made the show popular and also everything wrong about the show. Ultimately what happened in the 90s stays in the 90s. The X Files needed a reboot like The Force Awakens. This reboot is definitely not the X Files. This is the X Fails. 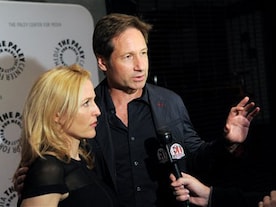 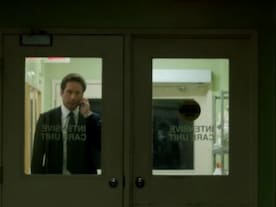 The truth is still out there: Watch the trailer for upcoming X-Files mini-series