Gal Gadot starrer Wonder Woman, which has broken ground on the superhero market for females, has become DC’s most successful film ever.

With a box office collection of USD 334.9 million, the Patty Jenkins-directed movie earned the title of the highest-grossing film within the DC Extended Universe, reported Entertainment Weekly. 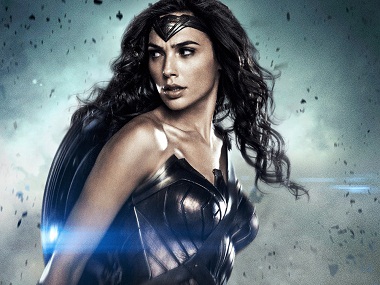 The DCEU includes films such as Man of Steel, Batman v Superman: Dawn of Justice and Suicide Squad. Wonder Woman now has the most box-office dough of them all as far as domestic audiences go.

Batman v Superman, in which the character of Diana Prince first debuted, earned USD 330.36 million domestically throughout its theatrical run. But, the Ben Affleck-Henry Cavill-starrer is still ahead in terms of its international box office collection.

Wonder Woman also features Chris Pine, Connie Nielsen, Robin Wright, Danny Huston, David Thewlis and Lucy Davis. It is the first superhero film to be directed by a woman. It is also the first superhero film to have a female protagonist in over a decade. Leaving behind Fifty Shades of Grey, it is the now holds the record for making the biggest opening for a film directed by a woman

The film has been banned in Qatar, Lebanon and Tunisia due to Gadot's nationality and the fact that she supports the Israeli army, which she was once part of.