We are just entering September 2019 but already, the producers of South biggies have sealed their release dates with most of them targeting the summer holidays of 2020. Reliable sources in the trade tell Firstpost that Yash’s Kannada magnum opus action drama KGF: Chapter 2 is likely to hit the screens on 7 April. The makers of KGF: Chapter 2 have already kick-started the shoot so they are confident of releasing the film in April. The Summer holidays will be a huge advantage for the multi-lingual film, which will be simultaneously hitting the screens in Tamil, Telugu, Malayalam, and Hindi. Another Tamil biggie scheduled to release in April is Tamil actor Vijay’s magnum opus action entertainer which will be directed by Lokesh Kanagaraj of Maanagaram fame. The shoot of the film will begin in October this year and they are planning to complete it without any break. Anirudh Ravichander. who is known for delivering chartbuster albums like Petta and Kaththi, is composing music for the film.

Ajith, who scored back to back profitable ventures Viswasam and Nerkonda Paarvai, is now getting ready for his new action-thriller, which will be directed by talented young filmmaker H Vinoth. Boney Kapoor and Zee Studios will be bankrolling the yet-untitled film which will be mostly shot in foreign locales. Buzz is that the producers are planning to release the film on Ajith’s birthday (1 May). Currently, Vinoth and Boney Kapoor are busy with the pre-production work but they are expected to soon announce the finalised cast and crew.

Suriya, who is longing for a big hit in Tamil cinema, has teamed up with Viswasam director Siva for a city-based commercial action entertainer. Gnanavel Raja’s Studio Green is bankrolling the film, which will go on floors next month. Siva has retained his core technical team of Viswasam, including music composer Imman, cinematographer Vetri and editor Ruben. As Suriya’s Soorarai Pottru is scheduled to release in December 2019, Gnanavel Raja is planning to release the film in Summer 2020 but the exact date is yet to be fixed.

Just like Suriya, Vikram is also waiting for a big break as his recent releases Kadaram Kondan and Sketch bit the dust at the box office. Vikram’s next is a big-budget action thriller to be directed by Ajay Gnanamuthu of Imaikaa Nodigal fame. Sources close to the team say that the actor will be sporting nearly seventeen different looks in the film, which is said to be a new record for any actor in the world. Impressed with the script, AR Rahman has readily agreed to compose music for the film. Though there are rumours saying that Vikram-Ajay Gnanamuthu film will be postponed to August, as of now, there is no official statement confirming the same from the team.

Interestingly, when it comes to the Telugu biggies scheduled to release for summer holidays, we are told most of the films starring big Tollywood heroes are planning to hit the screens for Sankranthi. So, the shoot for the next set of big Tollywood films will be under production during the summer. Moreover, two big Telugu heroes — Jr. NTR and Ram Charan — are busy with SS Rajamouli’s RRR. So, summer holidays 2020 in Tollywood will be mostly occupied by the above said Tamil and Kannada biggies, which will also be dubbed in Telugu as these heroes have a sizeable market in both the Telugu states. 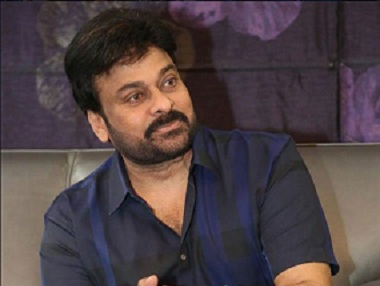