We’re happy as a duo: In conversation with 'I Love You Baby, I Love You Doll' hitmakers Parekh and Singh

The year gone by has been an important one for Kolkata-based musicians Nischay Parekh and Jivraj Singh. They got a Billboard mention, a five-record deal with the London-based Peacefrog Records, and their track ‘I Love You Baby, I Love You Baby’ (from their 2013 album Ocean, re-released this year by Peacefrog) came to the attention of filmmaker Wes Anderson because of its quirky styling. The ‘boys from Ballygunge’ capped 2016 with a set at the Bacardi NH7 Weekender in Pune.

In a chat with Firstpost, Parekh and Singh expressed their excitement at how the indie music scene in India was growing, in ever more diverse ways, and talked about their work as well.

Why did you change the name of your act to Parekh and Singh, from the original ‘Zap’?

Zap was for the futuristic pop sound (we had). We started making music together in 2011… it was a bit directionless at that time. We took a break then, did other things for a few years and then came (back) together as Parekh & Singh in 2013, with a solidified sound and direction.

Tell us what the music scene in Kolkata is like.

There’s a nostalgic relationship with a lot of traditions, musically speaking. We have rock-n-roll bands, we have a roots and bluegrass act and we have many singer-songwriters. The past plays a big role in the music here. It’s comforting and familiar mostly — but the level of musicianship is usually high.

What were the major influences on you both during the making of Ocean?

The influences on this album were basically memories from our teenage years and childhood: toys, ice cream, falling in and out of love, all the good stuff! Ocean is a very personal record — the lyrics are mostly autobiographical and document an important phase in our lives. As for the song titles, we like them to be good windows into the worlds of the songs.

Is ‘Panda’ inspired by William Blake?

It is inspired by his brand of mysticism. He liked to use animals as characters very nonchalantly, as if it wasn’t a big deal. We attempted to do the same.

The music video for ‘I Love You Baby, I Love You Doll’ got you a lot of attention. How did you come up with the concept?

It was all dreamt up in a single flow of thought. We wanted a sense of duality in the narrative, with the both of us doing different things. The stylisation and direction were far more responsible for the way it looked though. We just came up with the story.

Do you always want to work as a duo or would you want to extend into a full-fledged band?

We’re happy as a duo. However, we’d also enjoy playing with other musicians who share our musical sensibilites and capabilities. Sensibility first though!

Is composing for Bollywood on the horizon? What comes next for you?

We are open to exploring new things, so Bollywood may happen if the project is appealing. We are always working on more visual content and hopefully planning some shows abroad for next year. 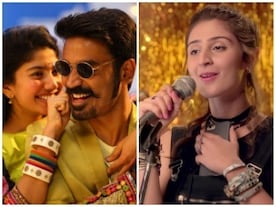 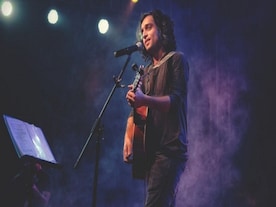 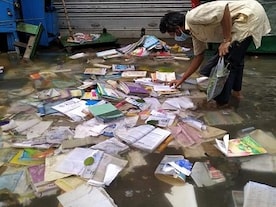