Watch: New 'Suicide Squad' trailer proves this could be the film that revives DC's reputation

There are some things we’ve always accepted as being among the immutable laws of the universe:

DC heroes are dark, brooding, God-like. They take themselves, and their mission to save the world from evil, very, very seriously. Will Smith as Deadshot and Margot Robbie as Harley Quinn in 'Suicide Squad'. Screen grab from YouTube

Marvel heroes have “feet of clay”; they’re irreverent, have a sense of humour (in addition to whatever othersuperpowers they may have), and even when they’re in the midst of heated battle, find time to fire off a pithy one-liner,
or two.

Well, the new Suicide Squad trailer is out, and while we don’t know yet if this team of supervillains pressed into service by the US government will succeed in their mission or not, we do know this: They’ve thrown down the gauntlet for Marvel heroes in the humour department.

For a while now, stories about DC’s “no jokes” policy have been doing the rounds now, and we can see why: The Christopher Nolan Dark Knight trilogy may have had the occasional joke, but they were dark, grim films. If anything, Zac Snyder only made the tone grittier when he rebooted the Batman franchise in Batman v Superman: Dawn of Justice. The funniest line in the film probably went to Alfred Pennyworth ("You're too old to die young. Not for want of trying.").

DC characters' attempts to be funny have either bombed (Green Lantern) or been unintentional.

In contrast, Marvel’s superheroes are inseparable from their wisecracks: The Thing, Iron Man as played by Robert Downey Jr — and how could we possibly leave out Deadpool!

But Suicide Squad may change the game a fair bit.

The Verge recently reported that the film is currently undergoing reshoots “to make it have a slightly lighter, more comedic tone”.

And the new trailer is already reflecting that. While Margot Robbie, playing Harley Quinn, gets such fantastic quips as: “Love your perfume. What’s that? Stench of Death?” there’s the whole equation that exists among these very unlikely teammates — Deadshot (Will Smith), El Diablo (Jay Hernandez) et al, that's quirky, funny, and very welcome.

"Harley Quinn, nice to meetcha. Love your perfume. What is that: Stench of Death?" pic.twitter.com/m2026kSOou

Will it match up to Avengers-level funny? We don't know yet, but the signs are most promising indeed.

To all gloating Marvel fans in the interim, DC just has this to say: Lego Batman, suckers! 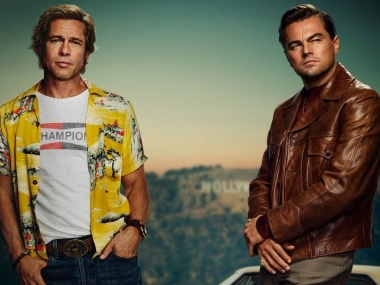