RJ Malishka gets notice from BMC for mosquito breeding; Shiv Sena slams her for defaming Mumbai

RJ Malishka, popular for her radio show on 93.5 Red FM, is in legal trouble.

She has come under the scanner of Yuva Sena who have alleged that she is defaming Mumbai and the Brihanmumbai Municipal Corporation (BMC) for shortcomings in an area that does not fall under their jurisdiction.

Now, the BMC has slapped a notice on her but for a completely different reason.

She has been charged under relevant sections of the Mumbai Municipal Corporation Act for allowing collection of standing or flowing water in her residence in which mosquitoes are breeding or are likely to breed. 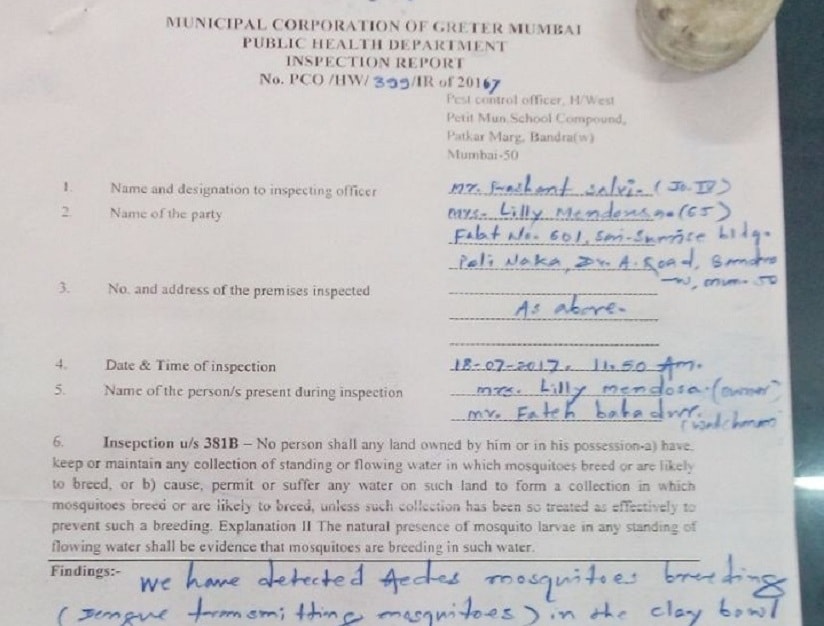 A copy of the notice sent o Malishka by BMC.

Free Press Journal reports that Malishka had featured in a video named Mumbai Tula BMC Var Bharso Naye Ka in Marathi, which has got viral on YouTube. This song takes a dig at the ill maintenance of highways, apart from a range of commuting issues, in Mumbai which have resulted in inconvenience to residents.

But Hindustan Times reports that Yuva Sena has defended itself by claiming that the two highways, traffic and railways do not fall under the BMC's jurisdiction.

The report quotes Samadhan Sarvankar, Sena legislator Sada Sarvankar’s son, as saying, "The song did not name the Shiv Sena directly, but it hurts us that Mumbai’s and the BMC’s image is unnecessarily taking a hit. The two main highways of Mumbai don’t come under the BMC and it is not responsible for Mumbai’s traffic or the functioning of its railways.”

Yuva Sena has also requested the legal department of the BMC to file a Rs 500 crore defamation piece against Malishka.

The same report quotes Amey Ghole, a BMC corporator, as saying, "The BMC’s legal department will decide what action is best suited in this case. The song has hurt the city’s efforts at attracting foreign investment and global talent. The civic body can either file a defamation suit or issue a warning.”