War For The Planet Of The Apes, Okja, Game of Thrones: Exploring the human side of animals

It doesn’t take a genius to see what Matt Reeves’ seminal work War For The Planet Of The Apes tries to drive home. Yes, it’s about a big group of apes wanting to find a safe haven to live a peaceful life, away from the cruelty inflicted on them by humans; however, you are more likely to forget that it’s about apes in the first place.

Your mind is filled with flashes of stories about how war has torn apart families in the Middle-East and if you couldn’t stop thinking about the millions of immigrants from Syria walking all the way up to Germany to find a safe place to live, then you aren’t alone. A still from War for the Planet of the Apes trailer. Youtube screengrab

In War For The Planet Of The Apes, when Caesar states, “I didn’t start this war,” you know that he’s speaking for all those marginalised sections of the human race whose survival is at stake because of the greed of others. We are forced to spare a thought for countless tribes across the world, whose normal life is threatened with the advent of industrialisation and desire for greener pastures for corporate expansion.

Now, the question which the Planet of the Apes trilogy raises is - What is the cost of our lives? And does everyone deserve a fair chance to live? Whether it’s humans or apes, can we ever live in harmony with each other without one group feeling threatened from another?

The Planet of the Apes trilogy isn’t the only film which, fundamentally, forces its viewers to question their beliefs and moral values. Recently, Bong Joon-ho’s action adventure Okja focused on a different aspect of the 21st century - Capitalism and how it affects everyone.

The film narrates the story of a young girl Mija, whose world turns upside down when she finds out that her beloved super pig ‘Okja’ has been taken away by the Mirando Corporation. When she sets out on a quest to save Okja, she’s forced to make a choice - Whether to save the pig or carry on with her life. Of course, she chooses to save the pig, but in the process of doing that, Bong Joon-ho focuses a lot on how animals are treated in the assembly-chain of meat factories. The poster of Okja.

Filmmakers and writers have addressed such moral dilemmas for a while now, and it’s only when you start reading between the fingers that you figure out why such films have such a profound impact on you.

Few years ago, when I saw Kornel Mundruczo’s White God, a 2014 Hungarian film, about a bunch of stray dogs wh0 revolt against their human abusers, I began wondering if this was a film about Nazis and Jews set in World War II. In the film, we are told that the Hungarian government has imposed a tax on everyone who owns a mixed-breed dog and as a result, a 13-year old girl is forced to separate from her dog Hagen.

Out in the streets, Hagen struggles to survive and then, he’s sold and re-sold to different people who abuse him beyond belief. When the dog finally ends up in a kennel, with all his innocence shredded to pieces, Hagen becomes so cruel at the very sight of humans that he leads a dog revolution against humans and the dogs ransack the entire city.

Sometimes, the tales of animals and birds instead of humans set the stage for bigger existential questions about human race.

In the Game of Thrones series, we find ourselves rooting for Wolves, which come to the rescue of the Stark family at key moments. So crucial are the wolves to the narrative that their emergence from the shadows or the woods beyond the wall qualify as a truly wolf-whistle worthy moment in the episode. That is also a reason why we mourn their death, when they fall defending a Stark.

And then, there are the dragons. On numerous occasions, dragons have come to the rescue of their mother — Daenerys Targaryen — and they’ve already become a key force to reckon with in the Great War that’s bound to happen between men and White Walkers in Westeros. Who knew that, one day, we would end up rooting for dragons so much! 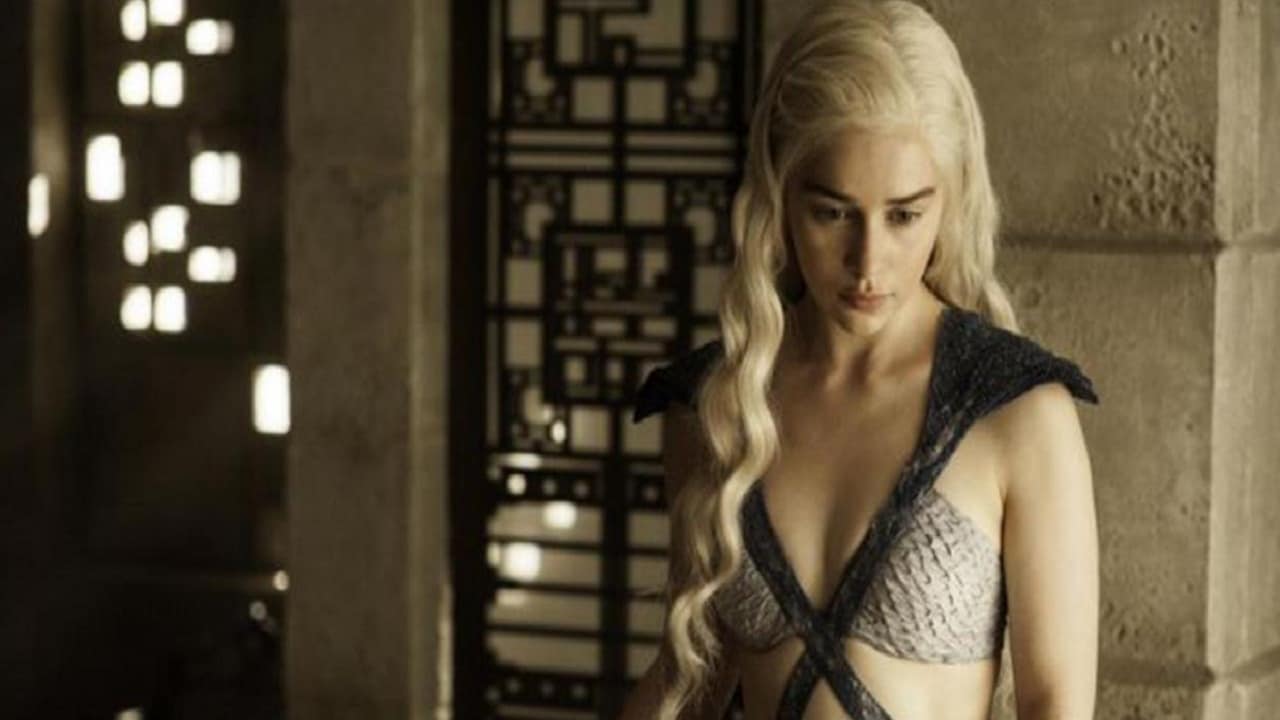 Daenerys Targaryen, or the Mother of Dragons. Game of Thrones.

A similar incident happens in Godzilla, the 2014 monster film directed by Gareth Edwards, when Godzilla battles with MUTOs (Massive Unidentified Terrestrial Organism) and defeats them, in the end, the Godzilla is baptised as the King Of Monsters: Saviour of the city.

Read George Orwell’s Animal Farm, a book which has stood the test of time, which gave us a popular adage - “All animals are equal, but some animals are more equal than others.” Orwell might have well very referred to humans in this context, but narrating a story from the perspective of animals makes it all the more devastating, if you read between the lines.

By making apes, wolves, dogs and even cats more humane than humans, a select few films and books have given a new spin to the human vs animal conflict. And it leaves us wondering if we can ever co-exist in peace, where one group doesn’t encroach upon others’ habitats.

To quote a line from Ceyda Torun’s documentary Kedi, which focuses on lives of seven stray cats in Istanbul, - “A cat meowing at your feet, looking up at you, is life smiling at you. Those are moments when we’re lucky they remind us that we’re alive.”

Are we truly alive? Or are we bound to be in an eternal battle with those whom we don’t understand and speak the same language? No, I’m not talking about animals. Read between the lines.

tags: animals vs human conflict , BuzzPatrol , Game of Thrones , Hollywood , Okja , war for the planet of the apes