Vijay’s Adhirindhi is no Mersal: Politics, aura, and all that’s lost in translation

On November 9, when the Telugu dubbed version of Vijay’s Mersal finally released in theatres, it was the culmination of an intense drama that was plagued with delays in getting a censor certificate. Finally, when the film released, the Telugu version, Adhirindhi, had two of the longest ‘audio cuts’, suggested by CBFC officials, which were related to ‘demonetisation’ and ‘GST'. It didn’t make any sense considering that both the dialogues and the related issues had been hogging the limelight ever since Mersal released in theatres in mid-October this year. And soon, fans of Vijay began lamenting that the film isn’t the same without these two specific dialogues. Is it? The fact is — it’s not just two dialogues, the film loses a lot more in the dubbed version. In his recent column Southern Lights, film critic Baradwaj Rangan points out, “….the hyperbolic hype that makes films impossible to live up to what the publicity machine wants us to believe. But this is also about the outsider/insider divide that — among a thousand other factors — makes a thousand people view the same film a thousand different ways.” And it couldn’t be truer in case of Mersal and Adhirindhi. When I saw Mersal last month, more than a film about corruption in medical industry, it felt like a melange of Vijay’s undeniable aura, his emergence as a ‘leader’ in contemporary politics of Tamil Nadu, and more importantly, a film that without a shadow of doubt portrays Vijay as a successor to MGR’s legacy. However, Adhirindhi had barely the same effect and this predicament brings up yet another question — is it possible to make a commercial-pot boiler which is universal in its nature? Sure, Rajinikanth gets away with his films, especially those made by Shankar, because of their larger-than-life nature. There’s another sub-set of films like Baahubali which worked in every region, irrespective of the cultural barriers. But is it possible to view Mersal in the same manner?

There are numerous instances in Mersal where the political overtones are implied in a very subtle sense. Take that scene where Vijay is interrogated at an airport in Europe. When an official apologises to him in the end, he says, “Great people like APJ Abdul Kalam and Shah Rukh Khan had to face a similar situation. I’m nothing in front of them.” This is a paradox, indeed. By denying that he’s nowhere close to the people he mentions, ironically, we are forced to think of the star in the same bracket.

In another scene, which occurs in the film’s flashback sequence, Vijay walks into a cinema hall where a film of MGR is playing on screen. The image of Vijay is juxtaposed with that of MGR for few moments to let it sink in that you are watching a ‘mass leader’ in action. More like, Leader 2.0 for the millennials. This particular sequence has a completely different effect in Adhirindhi, where Vijay walks into a cinema hall which is screening NT Rama Rao’s Dana Veera Soora Karna. We would put NTR and MGR on the same pedestal, but the image of Vijay walking into a cinema hall playing an NTR’s film doesn’t mean anything. It felt like two different worlds that had nothing in common.

Watching a dubbed version of any film, especially if you aren’t aware of the cultural and political significance of a monologue, is the cinematic equivalent of Ship of Theseus’ dilemma. You could try translating every word into another language, but is it the same film if it doesn’t mean what it’s intended to?

Mersal isn’t the only film which faces such a situation. In fact, almost every South Indian film, featuring a top star, is filled with so many references, either from their earlier works or political undertones, that it’s hard to grasp the gravity of the situation, if you don’t know what or whom it’s aimed at. A case in point, when Balakrishna-starrer Legend released just before the 2014 elections, the film suddenly became a political turf where Balakrishna, a TDP member, takes on a dreaded politician named Jeethendra (played by Jagapathi Babu). At one point in the film, Balakrishna screams, “Seat kaadhu kadha…Assembly gate kooda thakanivvani (Forget about an MLA seat…I won’t even allow him to touch the Assembly gate).” He wasn’t merely firing a salvo at the villains in the film; it was a subtle warning to his political opponents in real life too. In another film Simha (2010), starring Balakrishna and Nayanthara, the actor has a long monologue about “family”. The ensuring thunderous applause from his fans for that particular dialogue turned a simple monologue into a potent mix of legacy, politics, and caste factor.

At times, dialogues needn’t even be political in their nature. For instance, in Ravi Teja- starrer Venky, when he’s questioned about his ‘background’, Ravi Teja simply says, “Naaku ee background ledhu. Nene ekkada nilchunte adhe naa ground (I don’t have any background. Wherever I stand, that’s my ground).” Leaving aside the rhythmic nature of the dialogue, it’s a reference to his own emergence as a hero without any support. Telugu films — for that matter, most South Indian films — are also a celebration of legacy, larger-than-life aura of its stars, and only an insider would get all this. Considering the significance of all these subtle references, I wonder if they still carry the same meaning when films are dubbed in other languages.

Finally, does Adhirindhi work as a action entertainer, at least? Yes, it does. It’s a smartly packaged action drama which is emotional and talks about an important social issue. But it isn’t the same as Mersal, which was much more than all of this put together. In a strange way, this reminded me of Thor and his journey from Asgard to Earth. He might be a god and one of the most powerful people in a parallel universe, but once he’s on Earth without his Mjolnir and armour, he’s as good as a human being. And Vijay is no different. UK court grants bankruptcy reprieve to Vijay Mallya; says former tycoon should be given time till petitions in SC, Karnataka HC are finalised 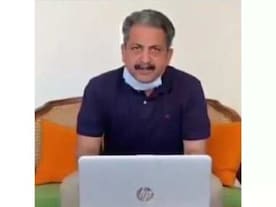 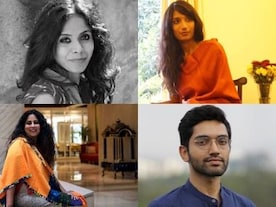 Books for the coronavirus outbreak: Leading Indian writers share their reading lists for a lockdown