One hears joyful tidings from the Bhatt camp. Srijit Mukherjee’s brave and thought-provoking Bengali film Rajkahini, about a brothel caught in the crossfire during the Partition of India, is all set to be remade into Hindi by none other than Mahesh Bhatt.

That’s the good news. Now comes the damper. The role of brothel Madame Beghum Jaan will be played in the Hindi version by Vidya Balan.

And we can't help but ask, Why?

Don’t get me wrong. Balan is a fine actor, infact one of the best we have. She peels the skin of her characters and penetrates the soul. But hey, Rituparna Sengupta has already done that. She has gone so deep into the part of Beghum Jaan that it is impossible for anyone else to enter any deeper.

And it’s not as if Rituparna is a stranger to Hindi cinema. She has given some very fine performances in Hindi too, though in unknown films like Main Meri Patni Aur Woh and Mittal Versus Mittal. In Bengali cinema, Ritu has dazzled audiences with her bravura performances in films by the late Rituparno Ghosh (Dohan, Utsab), Aparna Sen (Paromitar Ek Din), and Tarun Mazumdar (Chander Bari). Rajkahini is Riturparno greatest moment of glory. As the presiding deity-bitch in a brothel threatened with extinction, she is a whore-goddess, manipulative and vulnerable, unrelenting and suddenly so tender that she takes us by surprise.

I doubt Vidya, for all her skills of subtlety and transmutation, would be able to change much, let alone improve on the original. It’s like Jaya Bhaduri in Kora Kagaz, the Hindi remake of the Bangla Saat Pake Bandha, or Madhuri Dixit in Sanjay Bhansali’s Devdas. They were every bit as skilled and mouldable as the original. But comparisons were always in favour of Suchitra Sen (the lead in Saat Paake Bandha) and Vyjanthimala(who played Madhuri’s role Chandramukhi in Bimal Roy’s Devdas).

You can’t take possession of a character already owned by another actor. Rituparno Sengupta owns the role of Beghum Jaan. If I was in director Srijit Mukherjee’s place I’d insist on retaining not only Rituparna, but all the wonderful Bengali actresses who play the prostitutes in Rajkahini. Change the film’s title to Beghum Jaan by all means. But to replace them would be a criminal travesty of injustice, a demoniacal dispossession.

But then this is Srijit’s first opportunity to do a Hindi film. I fear he would rather see the cast being shifted around than risk offending his producers. 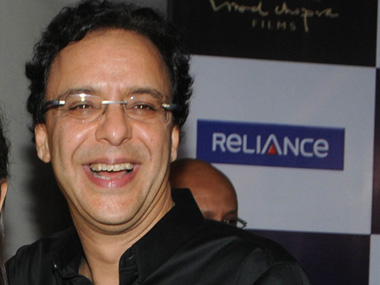