Velaikkaran is Sivakarthikeyan's most important film to date: There's a lot at stake for the rising star

Is Velaikkaran, Sivakarthikeyan’s 11th film in five years, his most important film?

Yes, in many ways, as the actor is all set to reach the super league in Tamil cinema with the Mohan Raja directed, social drama Velaikkaran. For the first time the actor is paired opposite a big heroine, Nayanthara, and the film’s Tamil Nadu theatrical rights is reported to have been sold by the producers 24 AM Studios for a whopping Rs 36 crores. Currently only Rajinikanth, Vijay, Ajith and Suriya films are traded at higher theatrical rights in Tamil Nadu.

Sivakarthikeyan is also making an image changeover and reinventing himself to try and join the elite superstar club in Tamil cinema. So far the former television stand-up comedian had done only crass masala family entertainers, which got him popularity across the state, especially with female audiences. Now he is doing an issue-oriented, big–budget hero role, with an established director like Mohan Raja.

In a way Velaikkaran is Sivakarthikeyan’s most serious film till date. He told New Indian Express in an interview – “I’m not the hero of the film. The content is. I have no stunt sequences or love angles. Right after Remo, I wanted to do a film that would be in contrast. I’m glad I got Velaikkaran. The film, I think, is my upper limit for content-oriented cinema. I’m aware that the stakes are bigger than ever.”

But the film has been sold for such a high price only on the strength of Sivakarthikeyan’s brand value. Sivakarthikeyan’s phenomenal rise in the last five years as a saleable star with an opening has created jealousy among his rivals in the industry. He is now rated higher in the trade above his competitors who have been toiling for more than 10 years and still not mentioned in the same breath as an Ajith or Vijay. The competition is asking – “How can a person with a television background and without any star connections make such rapid inroads into commercial Tamil cinema?”

A lot is riding on Velaikkaran for Sivakarthikeyan. The film has to take a terrific opening and become a super hit, if it has to be profitable for its stake holders. Velaikkaran’s trailer is yet to be released and only a teaser and film’s making has come out so far.

This is probably because the makers do not want to reveal the socially relevant theme the film is tackling. In fact Sivakarthikeyan was so affected by the issue the film is tackling that he decided never again to do commercial ads or endorse any product. This has created a curiosity factor around the film.

Velaikkaran is releasing on Christmas weekend on December 22. In Tamil Nadu every major screen is playing the film but there is stiff competition from arch rival Santhanam’s Sakka Podu Podu Raja. Sivakarthikeyan and Santhanam one time the number one comedian in Tamil cinema before he turned hero, are said to be bitter rivals. The root of their rivalry goes back to their television days, when both were hosting different comedy shows in the same channel and fighting for TRP’s. This fight is keenly being watched by other heroes in the industry. 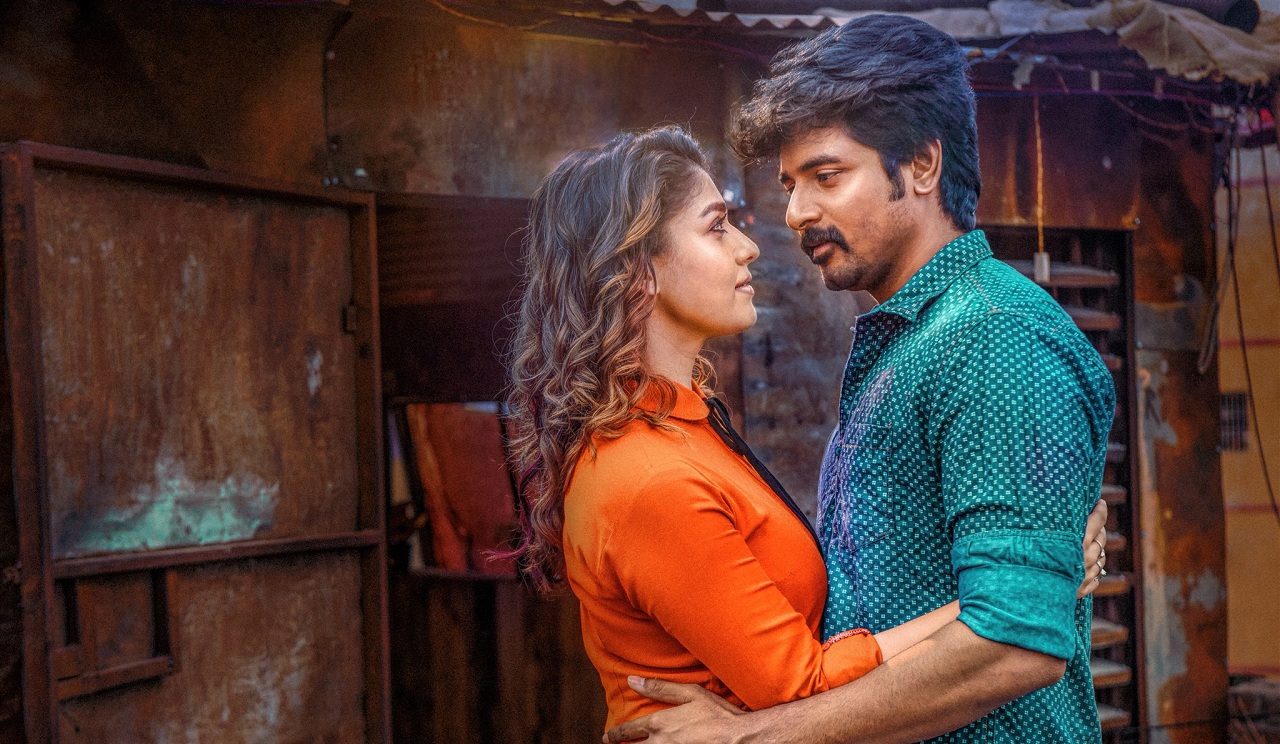 Meanwhile Velaikkaran is facing the heat from five Malayalam Christmas releases- Mammootty’s Masterpiece, Prithviraj’s Vimanam, Jayasurya’s Aadu2, Vineeth Sreenivasan’s Aana Alaralodalaral and Tovino Thomas’s Mayanadhi in the Kerala market. Sivakarthikeyan, who knows the importance of the Kerala market for Tamil superstars, went on a whirlwind tour to Kochi to promote Velaikkaran. However due to five Malayalam releases and Salman Khan’s Tiger Zinda Hai, Velaikkaran will end up with only 80-90 screens in Kerala, far below the normal 150-175 screens that one associates with a big Tamil hero release in the state.

In the growing overseas USA market, Velaikkaran has got just 55 screens compared to two Telugu releases Nani–Sai Pallavi’s Middle Class Abbayi and Akhil Akkineni’s Hello and the biggest of them all Tiger Zinda Hai. A spokesperson of Atmus Entertainment who are distributing Velaikkaran in USA said: “Unfortunately there are too many Hollywood releases as it is Christmas time; Salman's film and two Telugu films are releasing on the same weekend as Velaikkaran."

However Sivakarthikeyan is sure that the Velaikkaran will work at the box-office despite the odds. In many ways it is a make or break film for the actor, as trade is keenly watching the snake and ladder stardom in Kollywood.