Valerian and the City of a Thousand Planets movie review: A spaceship-sized misfire

Four years ago the problem with the Space Opera genre was that there weren’t enough movies in the genre. After the likes of John Carter, Guardians of the Galaxy and Jupiter Ascending the problem now is that there’s been an oversaturation of the genre. No matter how big the visual effects become, the core of any film of the genre feels overtly familiar. Bogged down by this issue, Valerian and the City of a Thousand Planets, despite being visually dazzling doesn’t quite succeed as a whole.

The film is directed by the illustrious Luc Besson who has already made the cinematic Space Opera classic The Fifth Element, and though Valerian tries to achieve the same results it stops short in every way. It’s the most expensive French film ever made, but it seems all the money went into the CGI rather than in developing interesting characters. 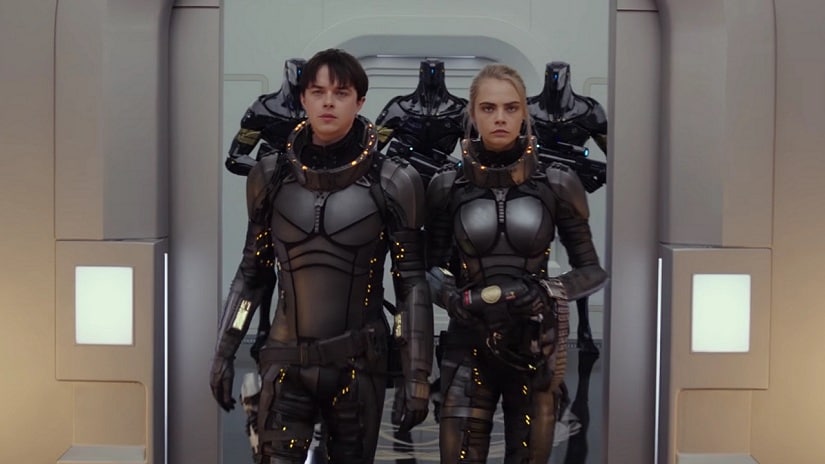 Still from Valerian and the City of a Thousand Planets

We’re introduced to Alpha, a space station far into the future where species from a thousand planets, including humans meet. Valerian (Dane DeHaan) and Laureline (Cara Delevingne) are like sci fi police officers who sometimes flirt after they are bound into a mission once their commanding officer (Clive Owen) is taken by an alien species for some unknown purpose. The film is based on the French comic book series of the same name, and even to those who haven’t read the source material it becomes clear that Besson is clinging very close to the original comics.

The problem is that being a faithful adaptation doesn’t nearly guarantee a great film — and Valerian’s utter lack of chemistry with Laureline when the film so heavily depends on their interaction creates a massive crater between the film and the viewer. The visual effects are, quite frankly, astounding and this is one of those rare films which makes the case for excessive CGI when the industry is being criticised for not using practical effects. The deep space setting, the colorful mocap characters, and gigantic action set pieces are all there for you to gawp at — and if you’re looking for a harmless action spectacle Valerian won’t disappoint you.

The tone of the film is consistently hit or miss — veering wildly from smart-alecky romance to pulpy mayhem to sudden seriousness — it’s more or less a mess. One wishes Besson didn’t have such a huge budget to make this film, perhaps a closely knit story would have been more gripping instead of the theme park ride that this currently feels like.

At every turn Besson wants to wow us, thrill us into submission but the central character played by the dour faced DeHaan just doesn’t have the punch to make you remotely interested in his adventure. Besson’s intention was no doubt to give you an immersive VR like experience, but the campiness and clinical, soulless execution makes you feel like you’re watching someone else play a video game that has pretty cut scenes but no challenging gameplay. Much like Jupiter Ascending and John Carter this will unfortunately be regarded, and ultimately forgotten as a spaceship-sized misfire.