Thom Yorke, Celine Dion among latest musicians to put their concert tours on hold due to COVID-19 scare

Thomas Yorke has postponed his North American tour, which was scheduled to happen from 28 March to 25 April, amid coronavirus outbreak. Celine Dion has also pushed her Courage World Tour citing the same concerns.

Yorke announced on Twitter that he has decided to shift his tour to later dates to minimize the spread of COVID-19.

Due to restrictions put in place to minimise the spread of COVID-19, we regret that the North American leg of the Tomorrow’s Modern Boxes tour is postponed.
Ticket holders, please standby for information on a new routing for later this year. Apologies for the inconvenience.

Dion also made an announcement social media saying that all her gigs from 24 March through 27 April will be rescheduled.

Here is the announcement made by Dion's team

According to the statement shared by the 51-year-old singer on Twitter, ticket holders of the postponed performances can use their original tickets at the rescheduled dates later this year.

Talents like Pearl Jam, Cher, Billie Eilish, the Eagles, the Who, Jonas Brothers and others have postponed or cancelled their scheduled gigs, while music festival Coachella, Stagecoach and South by Southwest have been shifted to later dates. 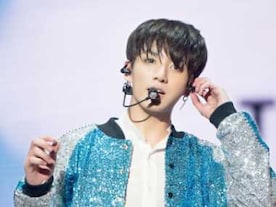