Galder Gaztelu-Urrutia's Spanish high-concept thriller The Platform rips open the sociopolitical hierarchy rampant across the globe in terms of food distribution especially in a crisis like the one we are facing now.

It is a vertical version of Vincenzo Natali's 1997 film Cube, where hundreds of people are confined to levels of an endlessly deep vertical building. The isolation and helplessness of every individual remind us of our current state — restricted to our homes owing to a nationwide lockdown, and self-isolation in other parts of the world, owing to the coronavirus outbreak.

A still from The Platform

The parallel would have been identical had we not been reminded of our privilege 10 minutes into the film. While the inmates have only a filthy wash basin and water closet at their disposal, they are served food only through the titular platform, a structure that serves food to a level for a couple of minutes before descending to the next one.

It would have been a fair distribution had the cellmates at the upper levels taken only the food they needed. However, they plunder the platform, and leave little for those at lower levels, forcing them to either starve or stoop to inhuman tendencies.

The Platform underlines the well-known Gandhian principle, "There's enough for everyone's need but not for anyone's greed."

Now, watching the film, I acknowledge my privilege, given that food is not exactly the most pressing of our concerns. We take the proverbial roti, kapda aur makan for granted even in a nationwide lockdown. But unlike us, the lower rungs in this structure cannot stealthily step out to the neighbouring grocery store and buy the essentials. They are dependent on those who get access to food first.

At some level, this chain is exactly what is rendering our supply chains useless for the less privileged sections of society. When the first signs of an impending lockdown surfaced, a small section of Indians indulged in panic buying and bought huge stocks of imperishable essentials. That left little or no stock for either those who did not plan in advance or most unfortunately for those who cannot afford to buy the essentials in abundance, i.e., the daily wage earners.

The daily wage earners mostly rely on their income for the day to buy essentials for their families. But now, in a grave situation like a nationwide lockdown, they are devoid of the freedom of both employment and mobility. In such a case, a more privileged person can bank on their savings. But for these people, they do not have enough money to buy the even-more-expensive essentials now.

While the government claims it is trying to keep the supply chains active and ensure the daily wage earners get ration at subsidised prices, The Platform exposes how the authorities are heavily inclined towards catering to the upper echelons of society.

A scene in the film shows an army of chefs preparing exotic delicacies to be served on the platform, and the head chef rebukes a subordinate for inadvertently dropping a hair strand into the food. Such meticulousness is ensured to make the food both delectable and presentable but only for it to get obliterated by the time it reaches even level six.

In The Platform, the protagonist Goreng does attempt to fix the system when he encourages those above his level to ration their diet and leave sufficient food for the lower levels. However, his cell partner informs him that 'the ones above' do not listen to him. When he encourages the ones in the lower level to do the same exercise, his partner asks him if he is a communist. When those below do not pay any heed, he threatens to shit on their food. When his partner asks him why he cannot be as emphatic with those above, he responds rather matter-of-factly, and symbolically, "Because I can't shit upwards."

Food dumped on 'the platform'

The Platform also subverts the beats of a conventional food film. Food items are presented in all their glory when being prepared or served in food films to an extent that the audience cannot help but salivate. However, in The Platform, the basic human need of hunger is juxtaposed against elaborately laid out preparations. A clever montage shows desperate hands of the famished cellmates decimating the food items in order to grab as much as they can before the platform descends to the next level. One cannot even get to the point of appreciating the aesthetic of food, let alone salivating, since hunger always trumps the addiction of emotional eating.

Hunger is also considered the most basic reason of the have-nots turning to crime and inhuman acts. Human flesh is also a recurrent motif in The Platform for the most unpalatable of reasons as one can guess. It reeks of human desperation and selfishness. Last year, in Bhaskar Hazarika's Assamese film Aamis, we saw a lovely romance develop over a rather weird tale of two lovers cooking parts of their flesh for each other, without ever getting physical (directly). Yet Hazarika's treatment of human flesh as just another delicacy cooked with love never made the film an uncomfortable watch.

However, in The Platform, the inmates cannot help but get a 'piece of each other.' It is an extremely difficult watch yet an immesenly important reminder to check our privilege in this period of lockdown.

The Platform is streaming on Netflix. 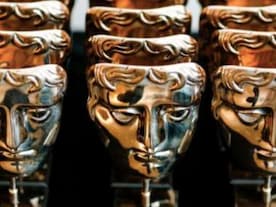