Game of Thrones could soon take a backseat to Mani Ratnam’s visual extravaganza, Ponniyin Selvan-I — that has hit the big screens today.

While part one of the movie has released today, Ratnam has already completed the shoot of part two as well. It has been reported that while the movie has been in the making for three years, Ratnam took only 150 days to shoot it — a fact that surprised ace Telugu filmmaker SS Rajamouli, who took five years to shoot both Baahubali movies.

With the release of the visual spectacle, here’s all we know about the movie and the immensely popular 2,200-page novel — Ponniyin Selvan — by author Kalki Krishnamurthy (1899-1954).

Ponniyin Selvan, which means the son of Ponni (the Cauvery River), was penned by author and freedom fighter Kalki Krishnamurthy and serialised from 1950-54 on a weekly basis in Tamil magazine Kalki.

In 1955, it was made into a book and tells the story of early days of Rajaraja I, born Arunmozhi Varman and considered the greatest of all Chola rulers. It is said that the Chola kingdom was at its peak during his rule between 947 CE – 1014 CE. He is popularly known for building the great Brihadisvara Temple at Thanjavur, the Chola capital city.

The book written by Kalki isn’t entirely based on facts, but historians and experts say that the author blended many well-researched events into the story.

The book since its release has remained popular in Tamil Nadu and has been praised for drawing out the culture and heritage through a narrative woven around the Chola rule. According to some estimates, its annual sales even now continue to be around 1,00,000 copies.

Author Venkatesh Ramakrishnan, who wrote a sequel to Ponniyan Selvan titled Cauvery Mainthan around a decade ago, calls Ponniyin Selvan a novel that ‘grips the reader’ with its the storyline and this is the reason that it has been the best-selling novel in Tamil even today after so many years. 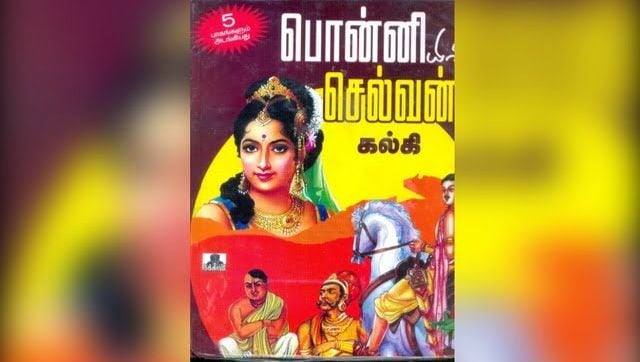 The Kalki Krishnamurthy book tells the story of early days of Rajaraja I, born Arunmozhi Varman and considered the greatest of all Chola rulers. Image Courtesy: Amazon

The man behind the over 2,000 page-turner is R Krishnamurthy also known by his pen name Kalki Krishnamurthi.

Born in a poor family in a Thanjavur village in 1895, he quit school to answer Mahatma’s call for non-cooperation with the British Raj. Next came a stint with Vimochanam, C Rajagopalachari’s anti-liquor magazine.

Kalki became a celebrated writer/editor when he joined Ananda Vikatan. He added to the magazine’s stature and sales.

Also read: Kalki Krishnamurthy: The man behind ‘Ponniyin Selvan’ and its enduring legacy

He was a literary genius, penning several short stories, novels, essays, travelogues, and biographies. While writing, Kalki had a style of his own — fluent, and he often wrote like a nonchalant chat with a friend. The language could be informal or literary, but always translucent, with lyrical images.

Ponniyin Selvan shows us the way forward for Indian cinema

Mani Ratnam: ‘Even before I thought to be a filmmaker, Ponniyin Selvan felt like a big feature film to me’

The buzz around the movie

The first attempt was when, fresh from the success of Nadodi Mannan (vagabond king), M G Ramachandran (MGR) was looking for scripts to repeat the victory. It was then that he turned to Ponniyin Selvan.

MGR obtained the copyright for a limited period from the Kalki family, and the advertisement for the launch of the movie was released in 1959. Casting work commenced and actors were. But successive box-office hits slowly moved MGR away from his dream.

But it was not to be, and his agreement for the copyright lapsed.

It is reported that even actor Kamal Haasan tried to film Ponniyin Selvan, but was unable to do so. 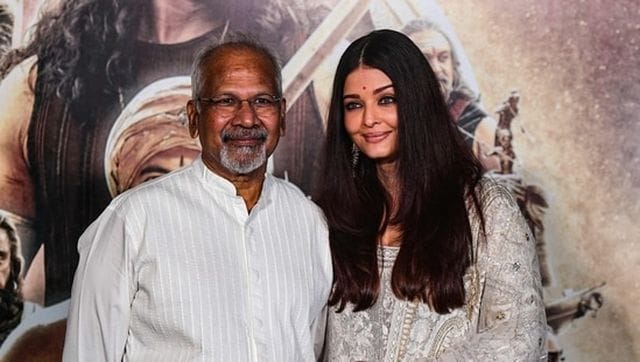 This is also not Mani Ratnam’s first attempt at making the historical-fiction drama. In a recent interaction, the noted director said he attempted to make Ponniyin Selvan — in 1994 and 2011 — but both times the project didn’t take off as planned.

Film pundits and the audience are excited about the movie’s release and many are already comparing it to SS Rajamouli’s money-spinner Baahubali.

Trade analysts have revealed that the film could register the biggest opening ever for a Mani Ratnam film. “The advance bookings have shocked the trade as most shows across Tamil Nadu for the first day have been sold out. Theatres are planning shows from as early as 5am. Going by hype and the advance bookings, we can expect the biggest opening for a Mani Ratnam film ever,” trade pundit Trinath told Hindustan Times.

He further stated that there is massive buzz around the movie even outside Tamil Nadu, with lot of theatres across different cities adding early morning shows. “In Mumbai, the earliest show for PS1 is around 4.30am. This is the earliest show ever for a Mani Ratnam film in the city. There’s always been good buzz for Mani Ratnam’s films in Mumbai but this time it’s even more given the hype for the project and the massive ensemble cast,” he said.

Whether it will set the cash registers at the box office on fire is yet to be seen, but we can’t wait to dive into Mani Ratnam’s new world!

EXPLAINED: Why Kamal Haasan's Papanasam 2, the Tamil version of Mohanlal's Drishyam 2 is getting delayed

Kamal Haasan recently resumed the shooting of Shankar's Pan-India biggie Indian 2. Ulganayagan also announced his reunion with Nayakan maker Mani Ratnam on his 68th birthday. With these two biggies in the pipeline, it looks difficult to analyse when will the actor get time for Papanasam 2.

Maratha Mandir owner Manoj Desai: 'Drishyam 2 is the first film in years to run houseful; we were in tears before'

The exhibitor and producer said, "We were in tears because Bollywood films were performing so badly. But after so many years, a film has delivered housefull shows."