The Kapil Sharma Show has been facing continued turbulence for a while now. The latest obstacle to have hit the famous comedy show is the age old curse of low TRP's. Kapil's show has apparently slid to the 14th position on the list compiled by the Broadcast Audience Research Council of India (BARC) for week 28 (8 July-14 July) according to an NDTV report. It has been a while since the show made good on the TRP front, and this week is no different. 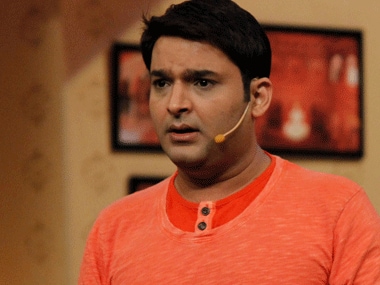 Ever since the (in)famous mid-air altercation between Kapil and his former colleague and fellow comedian Sunil Grover was made public, The Kapil Sharma Show has been on a downward spiral and how. Sony Entertainment Television however, maintains it's firm standing at the fifth position in terms of channel ratings.

The first spot in the TRP ladder as far as shows are concerned is held by Sa Re Ga Ma Pa L'il Champs. It is followed closely by Kumkum Bhagya, Taarak Mehta Ka Ooltah Chashmah, Kundali Bhagya and Yeh Rishta Kya Kehlata Hai, as these shows round up the top five spots.

(Also Read: The Kapil Sharma Show: Chandan Prabhakar makes a comeback to the show after scuffle)

Kapil has also reportedly failed to shoot the two episodes on his show in the past — one with Shah Rukh Khan and Anushka Sharma (the cast of the upcoming Imtiaz Ali's movie Jab Harry Met Sejal) and recently with the cast of Anil Kapoor-Arjun Kapoor starrer Mubarakan.

According to an Indian Express report, Mubarakan's cast allegedly "waited for hours" for Kapil to show up, however the comedian had fallen sick, (as was reportedly the case with the Jab Harry Met Sejal episode as well), and had to cancel the shoot.

Arjun Kapoor however took to Twitter to deny the claims, and announced that him and the Mubarakan team had not been kept waiting, as the actor went on to wish Kapil the best of health.

Kapil's sister Pooja dismissed these reports as well, saying that her brother had low blood pressure and has been advised complete bed rest. "These days, bhai (Kapil Sharma) is going through a lot of health issues and it's sad to hear that people are calling him unprofessional. He has always respected his work; he will never give an excuse to cancel his shoot. He is taking a lot of stress due to the low TRP's of his show," said Pooja according to the same NDTV report.

The launch of The Drama Company starring Kapil's rival comedian Krushna Abhishek would only have added to his woes, after Sony Entertainment Television announced the new show's launch recently. 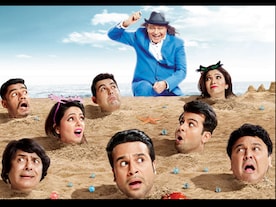 The Drama Company: All you need to know about Krushna Abhishek's comedy show