We hope you're as happy about the weekend being here as we are. And that means one thing to us (apart from slumber, snooze and sleep... you get the drift) — another edition of Firstpost Playlist. This week, get ready to listen to Radiohead, Coke Studio, some Australian psychedelic rock, Red Hot Chili Peppers, The Verve Pipe, and, of course, Phil Collins (what's a half-decent playlist without at least one Collins track?)

Forget Radiohead, RHCP is also back (and they didn't need any drama to announce their single, thank you very much).

I have one precise word to describe RHCP's first single in 5 years: nostalgia. 'Dark Necessities' sounds like a really fun combination of 'Dani California' and 'Can't Stop', and can that ever be a bad thing? This single also comes with an announcement of their 11th studio album.

In this 5-odd minute number, RHCP returns to what they do best: funk rock, with memorable guitar riffs. There will be a lot of people who tell you "what's different about this song? It sounds like every other RHCP number". Don't let them fool you; it's exactly what people said about Coldplay, but look how far we've come on that front.

Sometimes all you need is a hummable, catchy, identifying song to sail you through the weekend, and 'Dark Necessities' is just that.

'Everything in Its Right Place' by Radiohead

Kid A, released in 2000, was a masterpiece. It was not just a record, it was a f**k you to the consumers who expect an artist to dish out 'their favorite song' year-after-year. And 'Everything in Its Right Place', the first track off the album, was a statement more than a song. A complete departure from Radiohead's previous work, (however, 1997's OK Computer did leave crumbs as to where Radiohead was heading) the song featured no instruments apart from an electronic piano. There were no lyrics, at least not in the conventional way (the song featured only four weird, unnerving, unrelated and chaotic lines).

Thom Yorke's vocals were heavily processed, looped and distorted. Like it or not, Radiohead had embraced electronica. The song was punch in the guts for fans and critics alike. Just when Radiohead, like everyone else, were becoming a formula (and a highly successful and good one at that), they tore off the page to begin again. Kid A turned out to be a mesmerising and unforgettable record and today is hailed as one of the greatest of our times.

It's not for everyone (that statement could also just as easily be used to describe Radiohead), and it most certainly won't "sail you through the weekend", if you're looking for that. It's just for days you wake up sucking a lemon.

‘I am a seeker who seeks nothing’

This line should ideally make you pause for a second and evaluate your life. Sounds too grand? Well, the song will make you feel the grandiosity of life and humble you at the same time.

Noori, a Pakistani band that has been active since the 90s, hasn’t delved into the Sufi music space before this Coke Studio performance. The song itself, an old Sufi poem by poet Shah Hussain is mystical. And I know mystic is a Sufi cliche, but this rendition makes you feel like everything is transitory.

It allows you the privilege of escaping reality and ground you at the same time, for those 8 minutes. And isn’t that whole point of music? That’s when you know the music you’re listening to is good and worth every minute you allow yourself to get lost.

This song is for everyone with obscure feelings and lingering, unidentified melancholy that overtakes you once in awhile.

'Feels Like We Only Go Backwards' by Tame Impala

The track brings together all the signature elements that define the sound of this Australian psychedelic rock band. Their music has sometimes drawn comparisons with that of The Beatles, and this song especially is reminiscent of the Fab Four's sound. Not only do Kevin Parker's vocals on the track have a quality similar to Paul McCartney and John Lennon, it has a rhythm and easy melody that the Beatles' numbers had. Unfortunately, the song also garnered a fair bit of controversy when Argentine singer Pablo Ruiz claimed the band had copied the tune from his 1989 single 'Oceano' ('Feels Like...' was released in 2012). Comparisons and controversies aside, the members of Tame Impala do have a considerable talent that makes them worth a listen.

'In the Air Tonight' by Phil Collins

This is song is unlike anything Phil Collins — it carries a mystery that's supported by spectral chords and dramatic ominous drumming. The song has a menacing tone and Collins' voice is unapologetic — "So you can wipe off that grin, I know where you've been, it's all been a pack of lies," he sings.

I highly recommend this song, not only is it fantastic, it also presents you with an opportunity to air drum.

'Colorful' by The Verve Pipe

'We live in drama but we'll die in a comedy.'

'All the random hands that I have shook, well, they're reaching for the door.'

If you want to experience the power of meaningful lyrics in a song, listen to 'Colorful' by The Verve Pipe. The song is for all the folks who know that the most valuable thing in life is the support of one's friends and loved ones. Because without those few people who will stand by you, irrespective of whether you are at your worst or your best, 'this loser' won't be living so fortunate.

'This Is The Last Time' by The National

A track as soothing and hauntingly beautiful as 'This is the last time' by The National is the perfect medicine for those who want to relax their frayed nerves in the weekend after a hectic work schedule.

The track may not have done as well on the billboards and charts as the likes of 'Graceless', 'Demons' and 'Don't swallow the cap', etc. However, the track adds variety to the album which has been described as the American Indie band's most self-referential work till date. Describing how dangerous love can be, The National leave behind a dark touch in this track, while leaving behind a sense of calm. 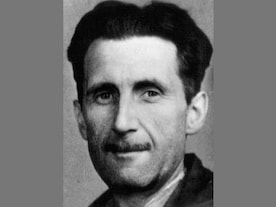 An inhabitant of thresholds: On George Orwell, reclusiveness and the merits of belonging between places as a journalist