What is happening at the movies this year? The binge of brilliance began with Bajirao Mastani. Then before we could catch our collective breath, came Mahesh Manjrekar’s Marathi milestone Natsamrat.

And now we have the masterpiece about the first known instance of a surgical gender transformation. The Danish Girl is a lot of things, all very very remarkable. But it is NOT a showcase for Eddie Redmayne to show us his exceptional acting skills.

If last year, he transformed into the specially-abled physicist Stephen Hawking in The Theory Of Everything, this year, the transformation from Danish portrait artist Einar Wegener who, one fine day decided to change into a woman, is even more startling.

Yet, I repeat, The Danish Girl is not a showcase for Redmayne’s miraculous powers of self-transformation. It is more, much more. The film shows us the outcome of the illimitable freedom that artistes have been allowed from the time immemorial. Once you are labeled an ‘artiste’ you are granted the licence to give a free rein to your imagination and unleash all the passions that are otherwise held dormant within you . 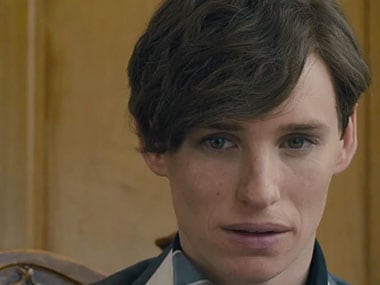 What would Einar Wegener’s life have been like if he hadn’t unleashed the woman inside him? The hypothetical question hovers tantalizingly over director Tom Hopper’s narrative as we see Einar and his effervescent wife in a happy marriage. They have sunshine, joy, sex and a faithful pet dog running through the spacious rooms of their comfortable home. (A word about the production designer here: Copenhagen and Paris in the 1920s seem so vibrant and alive, you wish you lived through the breezy era).

It’s all too postcard- perfect to last. Tragedy is triggered off by a pair of silken stockings .The minute Einar puts them on he knows where he belongs. The other side. At first the gender reversal is a game, a whimsical teasing game played by Einar and his wife Gerda (Alicia Vikander). In scenes that are giddily Jane Austen-ian in tone, Gerda dresses up Einar as his fantasy-cousin Lily for some social soirees.

The mood of revelry darkens ominously as ‘Lily’ takes over Einar’s life. Director Tom Hooper gives Redmayne’s character a lot of manoeuvring power. Danny Cohen’s compelling and poetic camera work cruises over the wigs, makeup, shoes, stocking and other makeover accessories searching in them for the power to seduce Einar into a gender reversal. Then the narrative moves with seamless fluency into a darker probing of Einar’s transformation into Lily.

Scenes capturing Einar’s emotional and physiological pain suck audiences into his dark world of turmoil and pain. The images of genital disorder are devastatingly disturbing. In one brilliantly composed sequence of self-probing, Redmayne’s Einar stands in front of the mirror gazing at and probing his body, pressing his penis away from visibility in a grotesque pantomime of a woman’s genitalia.

For the woman who is being inspected by the man, it is inscrutable when and how the male gaze alchemizes into a feminine fraternisation. It’s a very disturbing moment capturing the conflict between the dual man-woman personality in images that are curvaceous and seductive and yet disturbing.

Director Tom Hooper’s last film was the outstanding The King’s Speech. It too was about a damaged hero, one with a speech impediment. But what does one do when the soul starts to stammer? Wisely, the sexual turmoil and gender crisis of Einar Wegener is placed in controlled spaces. The locations are all picture-pretty and there are barely five leading characters in the film.

But the hideousness of Einar’s dilemma bursts through the beautiful surface to confront us in unexpected ways. Einar’s physical pain after the sex-change surgery is so palpable that we become privy to his suffering as much as his strongly supportive spouse Gerda.

Indeed The Danish Girl is as much Gerda’s story as Einar’s. Alicia Vikander brings out the wife’s agony in bouts of self-doubt. “Can I have Einar back for a while?” tormented beyond belief she pleads with Lily into whose changing personality her husband has disappeared.

“I cannot be the person who you want me to be,” pleads Einar back. Both Vikander and Einar bring a state of scintillating grace into the monstrously fractured marriage. The performances are shattering in their honesty and yet restrained , almost measured.

When the narrative arrived to its tragic finale, I was looking far beyond Einar’s confined world, at world of a tolerant society where individuals who are physically or emotionally abnormal, get a chance to be who they are without the fear of a backlash.

Sadly there is very little opposition to Einar’s conversion Lily, making the otherwise-palpable inner dilemma somewhat sanitised on the outside. Except for one sequence where he/she gets beaten up by a couple of goons, there are no intruders trespassing into Einar’s rough and tragic journey into Lily. The hell he/she creates in pursuit of heaven is entirely his/hers. The Danish Girl doesn’t point fingers for the deviant’s dilemma at an intolerant unaccepted world.

Einar brings on the crisis . If only that silken stocking had stayed unworn.

It starts with a stocking and ends with scarf floating into space, portraying freedom. Lily has found her freedom. But she has left us a captive of her tragic tale for all times to come.