The BFG review: Steven Spielberg's film has the sense of wonder you crave at the movies

When half of Hollywood is trying to emulate Steven Spielberg and dole out movies paying homage to his work, Spielberg himself is making films that remind us of his earlier work. It’s a good time to be alive, and The BFG is yet another great entry in Spielberg’s increasingly vast stock of extremely sweet films.

Based on Roald Dahl’s popular kids’ book, The BFG follows the story of the young Sophie (Ryby Barnhill) whose life as an insomniac orphan is turned upside down when she meets a giant (Mark Rylance) skulking around London streets with a mysterious mission involving dreams. When the Big Friendly Giant realises that he’s been discovered he whisks Sophie away to his island, which is occupied by other not so friendly big giants like Fleshlumpeater (Jemaine Clement), Bloodbottler (Bill Hader) and Gizzardgulper (Chris Gibbs). Sophie and the BFG forge an unlikely friendship as the former attempts to rescue the latter from his tyrannical brothers and free London from any future threats from these monsters. 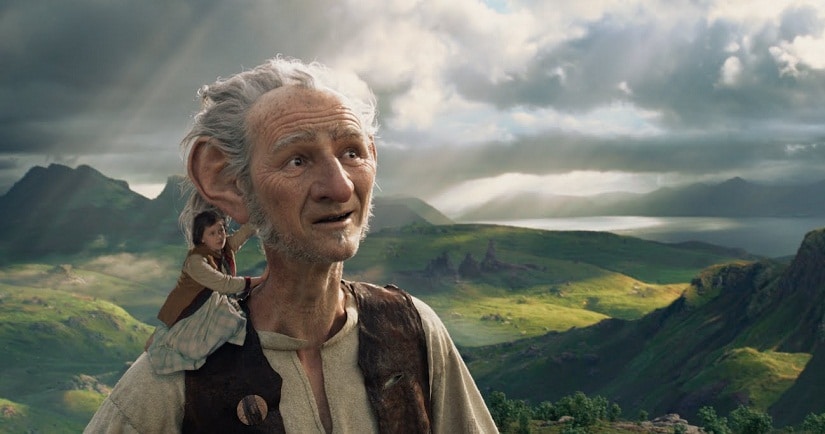 Still from 'The BFG'

The best thing about The BFG is how it is not afraid to wade into sentimentality.

There’s a layer of good will oozing out of every frame whenever the BFG is on screen. Rylance’s motion capture rendition of the giant is probably the ‘kindest’ face ever to have graced cinemas. And because Spielberg is so good at the themes of home, family and sentimental explorations of bonding the film really benefits from his gentle touch.

There is a whole barrage of the ‘Spielberg Face’ moments where the camera zooms slowly onto the faces of people looking at something in awe. The technique reflects on the audience watching the movie as well because your face would tend to transform into the very same expression. And that’s mainly thanks to the seriously amazing CGI in the film — from the giant’s visually enchanting
island which looks like a cross between Iceland and Ireland to the gorgeous London of yore setting. The 3D unfortunately dims out the terrific colors at play so it’s best to see the film in a 2D screen.

The good thing is the film never really zooms into a fast paced adventure zone, but lingers around the landscape to make us really feel like we’re there with Sophie. Some might deem the languid pace a negative but it actually helps instill the sense of wonder that you crave when you go to the movies. In any case those with lesser expectations can enjoy the fart jokes.

The actual negative in the film is the story in the third act when Sophie collaborates with the Queen of England to fight against the giants who seem to be eating children. It’s never really established earlier that the giants had been making off with kids like candies so a sudden heroic battle subplot seems to have been shoehorned for a contrived blockbuster plot mechanic. The characters surrounding the queen (Rebecca Hall and Rafe Spall) are there in the movie for intermittent comic relief but don’t make much of an impact, and you wish the story never wavered from the simple camaraderie between the BFG and Sophie.

It’s something Miyazaki achieved very well in My Neighbor Tototro and for that reason alone that movie will always be more memorable than this one.