The 68th Primetime Emmy Awards 2016: Everything that happened on TV's biggest night

All the highlights from the Emmy Awards 2016, as they unfolded

The #Emmys for Outstanding Drama Series go to @GameOfThrones pic.twitter.com/mwTMGkCf0L

Last #Emmys of the night. @GoT wins for Outstanding Drama Series! pic.twitter.com/hVR1xwRuH6

Showrunners David Benioff and DB Weiss accepted the award on the cast's behalf, crediting their hard work for show's success. 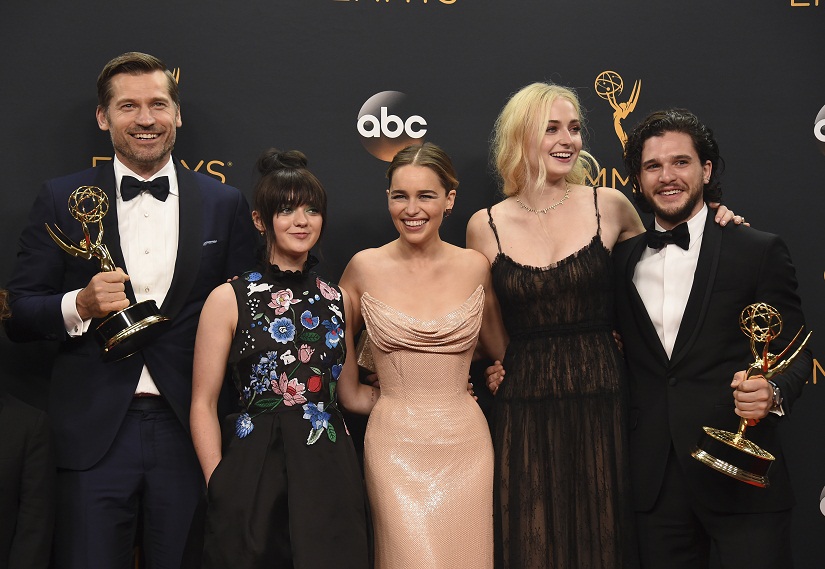 Nikolaj Coster-Waldau, from left, Maisie Williams, Emilia Clarke, Sophie Turner, and Kit Harington winners of the award for outstanding drama series for Game of Thrones pose in the press room at the 68th Primetime Emmy Awards on Sunday, at the Microsoft Theater in Los Angeles. (Photo by Jordan Strauss/Invision/AP)

Congratulations to David Benioff and D.B. Weiss of @GameOfThrones for outstanding writing for a drama series #Emmys pic.twitter.com/fnZzoOaI29

Game of Thrones was up for 24 awards and came away with 12 at Sunday night’s Emmy Awards in Los Angeles.

The ninth episode of the sixth season of Game of Thrones, titled ‘Battle of Bastards’ was singled out for praise. The episode, which features a gory battle sequence that took 20 days to film and featured the bloody death of Ramsay Bolton was singled out and won the award for best drama writing (David Benihoff and DB Weiss) and directing (Miguel Sapotchnik).

Here are David Benihoff and DB Weiss accepting the award: 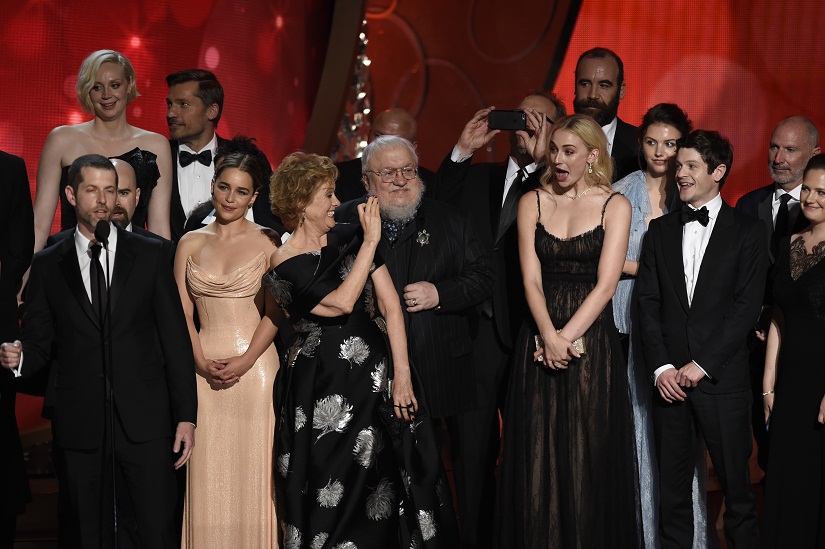 The cast and crew from Game of Thrones accept the award for outstanding drama series at the 68th Primetime Emmy Awards on Sunday, 18 September 2016, at the Microsoft Theater in Los Angeles. (Photo by Chris Pizzello/Invision/AP) 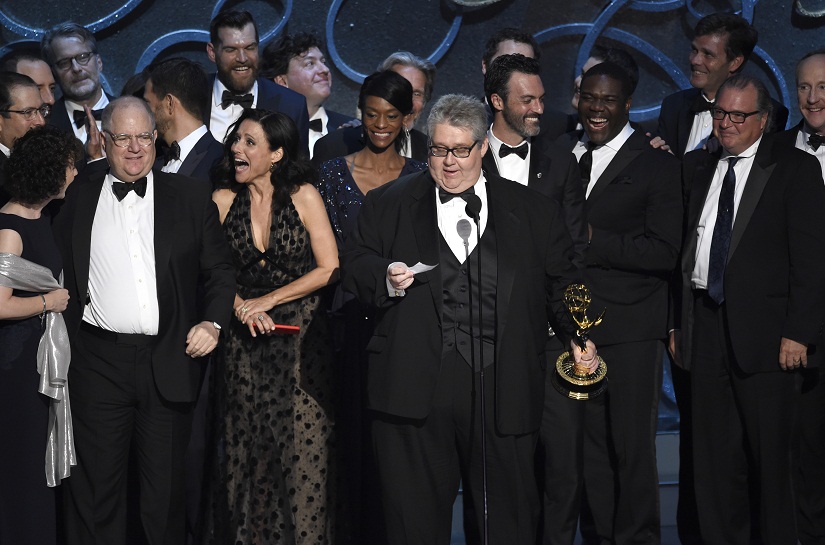 The 68th Primetime Emmy Awards kicked off at the Microsoft Theatre in downtown Los Angeles on Sunday night (EDT). As TV's biggest night got underway, a bevy of stars made their way down the red carpet — Emilia Clarke, Kit Harrington, Sofia Vergara, Viola Davis, among others.

As Firstpost's Zenia D'cunha wrote, the Emmy Awards 2016 are being lauded for embracing diversity —in stark contrast to the Oscars' "so white" controversy. Who will win on television's biggest night?

For a comprehensive breakdown of the nominations in the leading categories, the snubs, and our wishlist, click here.

And we're also bringing you key updates from the Emmy Awards, as they're unfolding.

Who took away the night's biggest honours? Did Aziz Ansari make history by being the first artist of South Asian descent to bag the Best Actor prize? Did Game of Thrones sweep away the competition?

Emmys Awards 2021 criticised for excluding people of colour from wins

While performers of colour comprised 44 percent of the nominations this year, all the 12 major acting awards went to white actors