The year 2007 was a curious one at the Academy Awards. Martin Scorsese, he whose filmography is a film school all by itself, won his first ever Best Director award at the Oscars, for The Departed; that, after not winning it for Raging Bull and Goodfellas, among plenty others. Four decades into the great man’s career. By then, most had already believed him to be far greater than the recognition eluding him for so long.

The injustice meted out to Scorsese over previous years may have been diluted a bit by that win, but it also meant that, among other deserving nominees, Paul Greengrass missed out on the Best Director award for a film that truly deserved it – United 93; while Scorsese himself won it for a lesser work by his standards, the remake of an Asian gangster flick.

The Departed, incidentally, seemed mostly to be about one man who was on the run from *everyone* - the good guys as well as the bad guys. Until that man gets shot in the head, out of the blue. It is one of those masterful, magical moments in cinema – when an engrossed viewer is jolted back to reality and pulled right back into the film within moments, because of one cruel twist that no one saw coming when it did. Not really surprising, the fact that the man shot dead in that cruel scene was Leonardo DiCaprio. 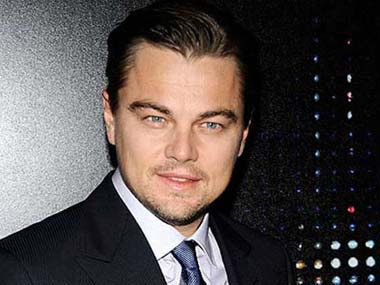 In this year’s Academy Awards, DiCaprio has received his fifth acting nomination, his fourth for Best Actor, for Alejandro González Iñárritu’s The Revenant. That he has received so few nominations itself is one kind of injustice. But even for some of the films he has received them for so far, it seemed cruel that he didn’t win. Without commenting about those who did beat him to win the award all those previous times, there was a universal feeling that life was just being cruel to Leonardo DiCaprio. Until now, it seems.

On the back of his Best Actor win at the recently held Golden Globe Awards, The Revenant seems to be the film touted to be The One for him; the film for which he’ll finally win that coveted award. And why not, for he ate raw meat, shot in biting temperatures and even slept inside an animal carcass for his role in The Revenant. Yet, somehow, harsh shoot conditions aside, some of those memorable maelstroms of emotion he seems to have endured time and again over the years before subjecting his audience to all those emotions as well, seem so much weightier in comparison.

With luck always against him at the Academy Awards, life truly seemed to imitate art. Look at most of his films in the last decade and more, and you might notice that the whole world seems against his character in so many films in which he essayed the lead character. His Frank Abagnale Jr, in Steven Spielberg’s Catch Me If You Can, was a master conman on the run, travelling countries with the authorities in hot pursuit. Seems a little similar to Dom Cobb in Christopher Nolan’s Inception, does it? In that infinite staircase of a film, he travelled not just across countries, but through dreams as well, with all kinds of people in his pursuit.

In the same year as Inception, he also starred in another Scorsese masterwork, Shutter Island, where he plays a crazed cop who’s the subject of a prison experiment of mind-boggling proportions. A look at some of his other characters, in The Aviator and The Wolf of Wall Street (both Scorsese films, incidentally); in Blood Diamond and The Great Gatsby; or even in Body of Lies; and it truly does seem like the world is against him. One can argue that this might be a common pitfall of being the protagonist in a narrative anyway, yet somehow it just seems so extreme in the case of Leonardo DiCaprio.

Acting in roles of such intensity can be taxing on an actor’s sanity in any case; so the disappointment of not being tangibly recognized for it in real life is pretty much an unexpected double-shot to the head. Quite like what happens to his Billy Costigan in Scorsese’s The Departed. (Strange, the ways in which cinema works.)

Like his illustrious frequent collaborator Martin Scorsese, Leonardo DiCaprio (now as much a concept as an extraordinary human actor), seems to have risen way above common earthly desires such as commerce-driven film awards. If the buzz surrounding an expectant win for him for The Revenant does indeed come true, it might just seem like the Academy is doing itself a favour by bestowing Leonard DiCaprio with the award.

Deserving or not, Leonardo DiCaprio will only gain something that amounts to a consolation prize, if he wins in 2016. For his most ardent fans, the 41-year-old actor-superstar is a legend already, precisely for not winning it despite so much of the kind of work he has done. The Legend of DiCaprio would grow exponentially, if he never won the award *ever*. And that is why, perhaps…

tags: Alejandro Gonzalez Inarritu , Blood Diamond , Body Of Lies , Catch Me If You Can , Inception , Leonardo DiCaprio , Oscras , The Aviator , The Departed , The Great Gatsby , The Revenant , United 93 , Wolf Of Wall Street