Taylor Swift on Thursday dropped the video of her new song 'The Man.'

The 30-year-old singer took to Twitter and shared the powerful video.

Check out Taylor Swift's 'The Man'

She has not only transformed herself with the help of prosthetics but also directs, writes, and stars in the music video. The empowering video features Taylor in the spotlight, and shows her transforming as 'The Man' who sleeps, parties, and plays badminton for 'Women's Charity.'

It also sees an old man marry a much younger woman. The video ends on a note where Taylor is seen taking charge of the director's chair. She instructs 'The Man' featured in the video, whose voice has been essayed by Dwayne Johnson for a small part.

In the music video, the 33-year-old singer is seen in a pink alien inspired outfit, surrounded by a group of people dressed dramatically in an isolated desert.

The singer, who won her first best original song Oscar for 'Shallow' from her debut movie A Star Is Born in 2019, had made the announcement of the release of the new song on Twitter.

Gaga posted alongside a picture of a billboard featuring the title of the song splashed across a picture of bright pink lips.

According to Variety, the song 'Stupid Love' is a disco-infused anthem whose style harkens back to Gaga's Born This Way album.

Last year, the 'Shallow' singer hinted a few times that she has been working on her sixth album. Most recently, in September, she also posted an Instagram story along with her picture in the studio with the caption, "#LG6."

K-pop band BTS also released their new track 'ON' on Thursday. The song reportedly talks about the band's journey to forge ahead towards a path predestined for them, irrespective of the obstacles they face. The song reflects each member's personal stories, but with a heightened sense of awareness.

Listen to "#ON (Feat. Sia)" and more on @TIDAL's BTS Essentials playlist 💜https://t.co/oofAbRG7fC 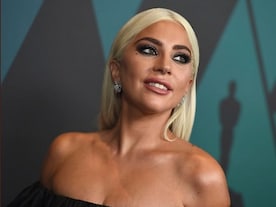