TV show Taarak Mehta Ka Ooltah Chashmah recently earned the ire of the Sikh community for allegedly depicting a living character of tenth Sikh Guru Gobind Singh, which was "against the Sikh tenets". The Shiromani Gurdwara Parbandhak Committee (SGPC) demanded a ban on the show for hurting the sentiments of the community by portraying 'blasphemous acts'.

Now, the makers of Taarak Mehta Ka Ooltah Chashmah have put out a statement where they say that they never intended to hurt sentiments, and that they respect Sikhism.

"Roshan Singh Sodhi was shown as Shri Guru Gobind Singh Ji Ka Khalsa, which has been justified through the dialogues & his performance. We have always believed in equality of all the religions & have never intended to hurt the sentiments of anyone. Our show consists of people from varied religions and cultures who worship each God and celebrate each and every festival with equal respect & happiness. We are aware & respect that in Sikh religion nobody can show or portray themselves as Guru Gobind Singh Ji. We request our viewers not to misinterpret it any other context," said Asit Kumarr Modi, the producer and creator of the show, as quoted by The Quint.

Additionally, they also put out a tweet asking people not to misinterpret the scenes in question.

In Episode 2287 of TMKOC, Sodhi was dressed up as Guru Gobind Singh Ji ka Khalsa. We request viewers to not misinterpret it in any other way pic.twitter.com/MhNnqg8gJl

Previously, the SGPC chief Kirpal Singh Badungar had said, "No actor or any character can equate himself with the tenth Sikh Guru Gobind Singh. Such an act is unpardonable." 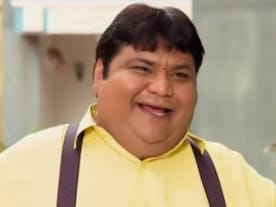