Swara Bhasker condemns police crackdown on UP protesters: Duty of police is to control situation

Swara Bhasker has been among the several Bollywood actors who have been protesting against the new citizenship act. In a recent video that has gone viral across social media, Swara condemns police crackdown on protesters in Uttar Pradesh.

In the video, Bhasker expressed her disappointment with the way Uttar Pradesh police have handled the protesters in the state. She said that cops harassed innocents under the guise of a crackdown against rioters after protests against the amended Citizenship Act took a violent turn. She reprimanded the use of "inflammatory statements and using rhetoric that goes beyond the law," including such things as  ''shoot the protesters.'' She then went on to say that police, whose job is to enforce the law, have themselves been behaving like rioters. When the journalist countered saying that the police 'retaliated' to the protesters pelting stones, she replied by saying that the vocabulary of 'retaliation' belongs to wars. She further asserted that the root of this problem is the "revenge mentality," which is why the police have been "barbaric" towards their dealing with protesters.

All one needs is empathy to know that what is happening in UP is horrific . Thank you @ReallySwara ... this was so well explained . https://t.co/IgCuNEe4X1

Stating that they "do not endorse or support any form of violence or vandalism", the group said the "sacred right" of citizens to protest peacefully had been violated in the state.

More than 1,100 people were arrested and 5,558 kept in preventive detention following the violence,  police officials in Lucknow told Press Trust of India on Thursday, putting the death toll in police clashes across the state at 19.

In the entire state 1,113 persons have been arrested for their alleged involvement in violence. 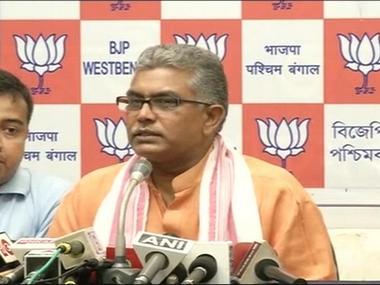