Suriya 37 title to be unveiled on 1 January, 2019 after director KV Anand asks fans to choose their pick on Twitter

After having successful collaborations with director KV Anand, Tamil actor Suriya will reunite with the him for the third time. This untitled action thriller has been currently dubbed as Suriya 37. The project is a multi-starrer with actors Mohanlal, Sayyeshaa, Arya, Boman Irani and Samuthirakani in pivotal roles. Over the last few months, fans have been making assumptions about the project's title. This weekend, Anand took to Twitter and ran a poll with three title options, asking fans to participate and pick the best title.

The three options provided were Meetpaan, Kaappaan and Uirka. However, even when the title option Uirka won the poll with maximum percentage of votes, Anand did not confirm if that is the final title. He said the title will be officially unveiled on 1 January, 2019.

Another tweet confirmed that the title of this action thriller will be reveled at 12.10 AM on 1 January 2019.

According to Cinestaan, Suriya 37 has been shot in nearly 10 countries, including places like New York, Brazil, England, Hyderabad and New Delhi. The film is touted to be the costliest project in Suriya’s career. Produced by Lyca Productions, music by Harris Jayraj, and the combo of Anand and Suriya, the film is the most anticipated one for fans of South Indian cinema. 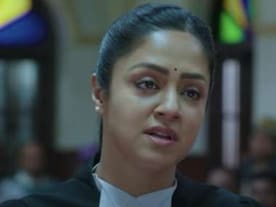