New York: A documentary on Taylor Swift will kick off the next Sundance Film Festival, where new films including the Will Ferrell-Julia Louis Dreyfus remake of the Swedish film Force Majeure and Benh Zeitlin’s long-awaited follow-up to Beasts of the Southern Wild are set to premiere.

Programmers for the preeminent showcase for independent cinema, founded by Robert Redford and set annually in the mountains of Park City, Utah, announced the lion share of the lineup for its 2020 edition on Wednesday. The lineup of 118 feature-length films, culled from a record 15,100 submissions, come from 27 countries, includes 44 first-time filmmakers and is among the most diverse in the festival’s 37-year history. In the four competition categories, 46% of the directors are women, 38% are people of color and 12% are LGBTQ.

Tesla (left) and Downhill will be featured in Sundance Film Festival 2020. Image from Twitter

The coming Sundance, set for 23 January - 2 February, follows a 2019 festival that saw big-pocketed streaming services set off an avalanche of high-priced acquisitions, some of which notably fizzled at the box office. Amazon paid large sums for Late Night and The Report but neither made much of a dent in theaters; Amazon is now shrinking its exclusive theatrical window for some releases. Warner Bros.’ paid $15 million for the Bruce Springsteen-infused coming-of-age tale Blinded by the Light, but it failed to catch on.

The biggest hit to emerge from last year’s crop was Lulu Wang’s The Farewell, which has grossed $17.7 million for A24. It’s been one of the bright spots in a trying marketplace this year for indie film. Still, Sundance, where movies like Get Out, Little Miss Sunshine and The Big Sick first debuted, remains the premier factory for breakout hits. Lately, that’s increasingly meant documentaries, too, including RBG, Won’t You Be My Neighbor? and, from this year’s Sundance, Apollo 11.

Sure to add extra frenzy this year is Lana Wilson’s Taylor Swift: Miss Americana, which the festival describes as “a raw and emotionally revealing look at one of the most iconic artists of our time during a transformational period in her life.”

Another high-profile documentary headed to Sundance was on Monday picked up by Apple, which made its first acquisition (Hala) at the festival last year. Amy Ziering and Kirby Dick’s untitled film about a former music executive grappling with the decision to go public with a story of sexual assault by a notable figure in the music industry, will make its premiere at Sundance. Oprah Winfrey is an executive producer.

“This year’s festival is full of films that showcase myriad ways for stories to drive change, across hearts, minds, and societies,” Redford, president and founder of the Sundance Institute, said in a statement.

Among the films debuting in Sundance’s Premieres section is Nat Faxon and Jim Rash’s Downhill, the English-language remake of Ruben Ostlund’s Force Majeure, starring Louis-Dreyfus and Ferrell as a couple whose relationship is altered after they escape an avalanche.

Zeitlin will unveil Wendy, a Peter Pan-inspired adventure shot in the West Indies. It’s his first movie since his Oscar-nominated debut, Beasts of the Southern Wild, a sensation at 2012’s Sundance.

Other documentaries coming to Sundance include Ron Howard’s Rebuilding Paradise, about the aftermath of the devastating 2018 California wildfire; The Fight, about the ACLU’s legal battles with President Donald Trump; the Deepwater Horizon oil spill expose The Cost of Silence; and Kim A. Snyder’s Us Kids, about the teenage survivors of Parkland, Florida.

This will be the last Sundance overseen by its longtime director, John Cooper. He is stepping down next year to take on the role of emeritus director.

“​The program this year, my last as director, is a celebration: of art and artists, yes, but also of the community that makes the annual pilgrimage to Park City to see the most exciting new work being made today,” said Cooper. 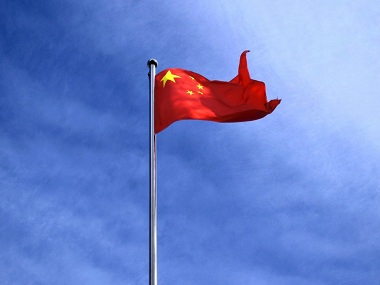