In this live blog, we will be tracking how Sultan fares on day one, before the reviews are out.

As two out of three screenings of 'Sultan' are done, we are now ending this live blog!

Watch out for Anna Vetticad's review of the film soon on Firstpost. Also check out our Facebook page for a live video reaction outside Gaiety cinemas once the First Day First Show is done.

Eid Mubarak to all our readers!

Our producer Siddharth Aalambayan goes live from Gaiety cinemas in Bandra, on Facebook. Check out his live video, covering the buzz around 'Sultan' before the movie begins!

Check out what fans are upto on 'Sultan Day'

Despite the very obvious double meaning *winkwink* 'Baby ko Bass Pasand Hai' is a fun, colourful song and it won't be long before this becomes a major sangeet number.

Meanwhile, the verdict from YRF is here: Salman and Anushka pull off their Haryanvi accent quite convincingly.

Live from Inox, Malad: Here is our correspondent's key observation during the Interval

'Sultan' is a typical YRF film in a way, as love is the reason for everything that happens in the film.

However, can it be a Salman film without a slight dose of patriarchy?

Here's some dope on the film before you watch it: Sultan (Salman Khan) became a wrestler for Aarfa (Anushka). He wanted to impress her. #lovewins

Only time will tell!

As two out of three screenings of 'Sultan' are done, we are now ending this live blog!

Watch out for Anna Vetticad's review of the film soon on Firstpost. Also check out our Facebook page for a live video reaction outside Gaiety cinemas once the First Day First Show is done.

Eid Mubarak to all our readers! 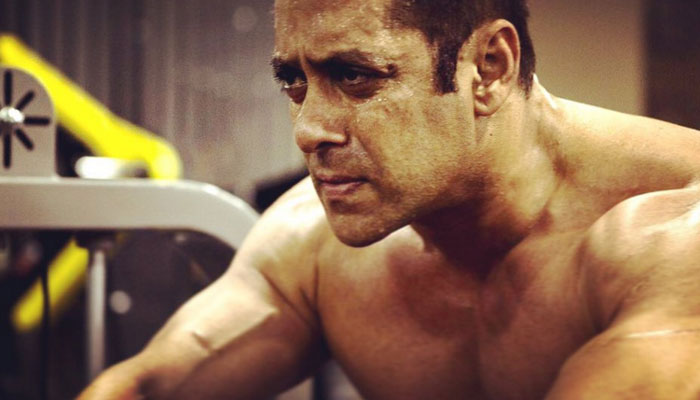 People are rushing back in hoards after the interval. Crowds outside are buying tickets in black, and there are housefull shows back to back through the day.

We once had a Badshah...

Even though it's draggy and predictable, 'Sultan' still holds your attention, It's sweet, funny and succeeds in passing the emotions and feels to the audiences in the best possible way.

Apparently, #Sultan has a good story, direction, screenplay, and performances.

Salman Khan fans must be disappointed.

Blood donation camps organised by fans of @BeingSalmanKhan at our cinemas to mark the release of #Sultan! #Proud pic.twitter.com/uT7oH4ZNR2

Meanwhile, not everyone is buying into the 'Salmania'

#Sultan is exactly the male-glorifying, patriarchal, overdramatic, predictable actioner you expect it to be. What to do. #TooOldForThis

It's Eid, and Salman Khan-starrer Sultan is here. First and foremost, Eid Mubarak everyone! Given that the advance booking for Sultan has been off the hook, with ticket sales starting from this Sunday, 3 July, this Eid is all set to be a record-breaker for Bhai.

Forbes reports that Sultan is being released on as many as 4,200 screens in India and 1,200 screens in the rest of the world. Most trade analysts have predicted that the opening day can gather close to 45 crores in the box office, and a lifetime collection of up to 300 crores. Sultan is the story of the rise and fall of a wrestling legend Sultan Singh. Hailing from Haryana, his path crosses Aarfa, played by Anushka Sharma, who is also a wrestler. Sultan then makes his journey from a kushti wrestler to an MMA (mixed martial arts) fighter. The buzz around the film is immense.

With Aamir Khan releasing the poster of his film Dangal merely two days before the release of Sultan, audiences are curious to know what the film has in store for Salman fans as well as audiences across the globe.

Director Ali Abbas Zafar explains in this interview with India Today about having Salman play a character like Sultan. "What I did was logically guided his star power into Sultan. People like him without a shirt. So I was like, okay, then let's make him a wrestler. He is shirtless plus wearing a langot. But it is not a gimmick. There is a justification. He looks the fittest he can. Also when a wrestler leaves his physical activity, he gets into a certain body size. So you see him heavy as well," he said.

In this live blog, we will be tracking how the film fares on day one, before the reviews are out. Since it is a Salman Khan film, keeping with his global reach, our correspondents will be visiting a single screen theatre in Bandra (Gaiety cinemas is known for their craze for bhai), a press screening by Yash Raj Films and a first day first show at a suburban multiplex, to find out how audiences all over are reacting to Sultan.