Firstpost had earlier reported that Sujoy Ghosh is producing a TV show along the lines of Kahaani. It is now being reported that the director is producing a trilogy, comprising of hour-long episodes, under his banner. As per Pune Mirror, the first thriller out of the three will feature Akshay Oberoi. The first TV film is titled Mirchi Malini.  It is being directed by Bengali writer-director Pratim Das Gupta. Bengali actress Paoli Dam, who has been a part of the Hate Story franchise, will star in the episode alongside Oberoi.

The two will play a married couple whose life is mired in discord and revenge. Oberoi, who is currently shooting for the film in Kolkata, told Mirror that working with Ghosh has been an enlightening experience for him, as the filmmaker has a rich knowledge base of cinema.

A lot of filmmakers are now producing and directing TV outings - be it films or shows. This shift from the big screen to television is gradually fortifying the presence of television in the broadcast industry.

“In the past Imtiaz Ali, Anurag Kashyap and many other prolific directors have shot TV movies as it’s a great way to experiment with unique narratives," says Oberoi in a statement given to Mirror.

He reassures that the telefilm will be full of unanticipated turns and twists, which is signature to Ghosh's style of film-making.

Oberoi has previously worked in Piku, Fitoor, Laal Rang and will also be seen in Shanker Raman's thriller film, Gurgaon. 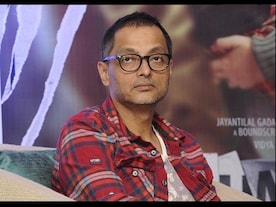