When SS Rajamouli made Baahubali, the film’s lead actor Prabhas had to reject all other offers. Prabhas started shooting for Saaho only after the release of the two parts of Baahubali, which of course helped him to widen the market but imagine what would have been the case if the magnum opus tanked at the box office? Prabhas's last release before Baahubali was Mirchi in 2013. In four years, the actor had only two releases. Thankfully, both films went on to become massive blockbusters.

When producers invest a humongous amount on a film, it has become the duty of the lead actor and director to fully concentrate on the particular project. Currently, five leading actors from Tamil and Telugu industries are stuck with two-period action dramas—SS Rajamouli’s RRR and Mani Ratnam’s Ponniyin Selvan.

As Ratnam’s Ponniyin Selvan begins only in December, the film’s three lead actors including Vikram, Karthi, and ‘Jayam’ Ravi are working hard to complete the shoot of their pending films so that they would have at least one release before the first part of the magnum opus hit the screens.

Karthi’s recent Diwali release Kaithi has been declared as a blockbuster, the film is inching towards the Rs 100 crore gross at the worldwide box office. The actor has cleverly lined up two films—Thambi and Sulthaan which will release before the release of the first part of Ponniyin Selvan. Touted to be the second most expensive film after 2.0, Ratnam is planning to release Ponniyin Selvan in two parts.

Thambi is scheduled to release on 20 December whereas Sulthaan is likely to release early next year. Karthi is also planning to shoot for Irumbuthirai director Mithran’s next in which he is said to be playing a dual role. Luckily, his long hair look which he maintains now for Ponniyin Selvan will also help him for Mithran’s film but the problem is despite scoring a huge blockbuster like Kaithi, the actor couldn’t sign any other new film. Lucrative offers are pouring in for Karthi but the actor should wait for the release of Ponniyin Selvan before committing new films.

‘Jayam’ Ravi who plays the titular role in Ratnam’s film also smartly scheduled two films Bhoomi and Janaganamana to fill the gap which would be caused by Ponniyin Selvan but again, he can’t sign any other new films. Vikram who will be seen as the ferocious king Karikalan in Ponniyin Selvan has asked the makers of Mahavir Karna to wait as he has to first complete the shoot of Ratnam’s film. As Vikram’s portions in Ponniyin Selvan will begin only in January, he has agreed to do one film with Imaikaa Nodigal director Ajay Gnanamuthu which is progressing at a brisk pace.

All three heroes have grown long hair so it will not easy for them to act in new films that demand unique makeovers. As Ponniyin Selvan is a period drama depicting the ancient Chola Kingdom, long hair and beard are a must for the protagonists, they are also learning horse riding and sword fighting to bring in authenticity.

The major problem is as three leading heroes are held up with Ponniyin Selvan, directors and producers are having a tough time in assembling projects. Most of the mid-budget film producers can’t even think of Rajinikanth, Vijay, Ajith, and Suriya as their remuneration will be huge. Dhanush’s dates are also unavailable until the end of next year so Tamil film producers and directors are running out of options. Due to this scenario, the directors have to either wait for these established heroes to complete the shoot of Ponniyin Selvan or they have to settle with tier-2 stars.

The situation is quite similar in the Telugu film industry. Both Jr NTR and Ram Charan accepted SS Rajamouli’s RRR without scheduling any other new films to fill the one year gap. Ram Charan’s previous film Vinaya Vidheya Rama released in January 2019. Currently, RRR is scheduled to release only in July 2020 but sources say that the film would be pushed further due to the delay in the shoot. A leading Telugu star like Ram Charan is waiting more than one and a half years for the release of his next so imagine the kind of pressure he undergoes without signing any other new film. The producers and directors who narrated stories before Ram Charan signed up RRR also should wait because a film that was supposed to feature him can’t be made with others as they have to reduce the budget and the overall production values.

Jr NTR’s previous film Aravinda Sametha Veera Raghava got released in October 2018 so his wait is even longer. NTR was supposed to join hands with Atlee for a commercial action entertainer but due to RRR, the project got shelved.

If both Ponniyin Selvan and RRR win big at the box office, the market of all these heroes will be doubled, they would become pan-Indian actors just like Prabhas. All of them know that there is a huge risk involved yet they are walking the extra mile believing in the vision of Mani Ratnam of SS Rajamouli. 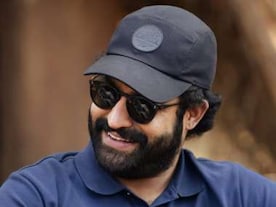 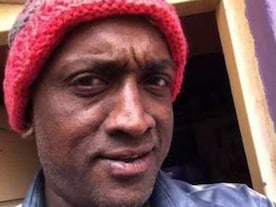