The posters of Bejoy Nambiar's Solo, starring Malayalam actor Dulquer Salmaan were released by the director on Twitter on 28 July. The director gave the perfect gift to Salmaan's fans as it is also the actor's birthday on the same day. Solo is a bilingual romantic thriller, as per Hindustan Times.

Going by the looks of it, it seems like Salmaan will be seen in four kinds of avatars in the film. The film also features Arthi Venkatesh, Dhansikaa, Aishwarya Rajesh, Dino Morea, Neha Sharma and Sruthi Hariharan in pivotal roles.

Nambiar has directed films like Shaitan and David in the past and is well-known for bringing intricate plots to life on screen. 'Probably in the best shape I've been in in years', says Steve Smith on return to training 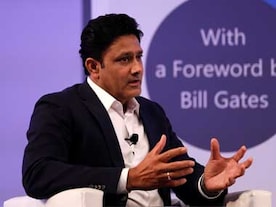