Los Angeles: Actor Shia LeBeouf has been released from prison following his arrest on suspicion of disorderly conduct and public drunkenness.

The 31-year-old was arrested in Savannah, Georgia, on Saturday, where he was filming for The Peanut Butter Falcon with Dakota Johnson and Bruce Dern.

According to the Chatham County Sheriff's Office, LaBeouf was taken into custody around 4 am, and was released later on Saturday, 8 July, from Chatham county detention center after posting a $7,000 bond, reports cnn.com.

LaBeouf had once again landed himself in trouble as the actor has been arrested on suspicion of public drunkenness and disorderly conduct according to Chatham County Sheriffs Office jail records. Police said LaBeouf became furious after he was refused a cigarette by someone he approached. An officer was nearby.

"He became disorderly, using profanities and vulgar language in front of the women and children present. He was told to leave the area and refused, becoming aggressive toward the officer. When the officer attempted to place LaBeouf under arrest, LaBeouf ran to a nearby hotel," said the police according to The Hollywood Reporter.  "LaBeouf was arrested in the hotel lobby, where his disorderly behaviour continued," claimed the report.

LaBeouf's jail bond was set at $7,000 and all the charges against him were filed under misdemeanors.

This is not the first time LaBeouf has been arrested for allegedly being drunk and disorderly in public. The Transformers actor was arrested in 2014 after he disrupted a Cabaret performance in New York. 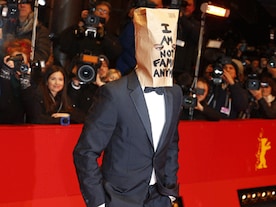 #IAMSORRY: Shia LaBeouf's foray into art has some scratching heads 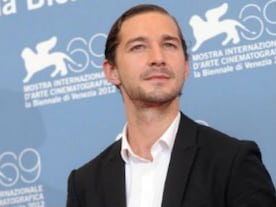 Shia LaBeouf not in rehab, getting 'voluntary treatment' for alcoholism