Befikre actress Vaani Kapoor has bagged the lead role in Shamshera opposite Ranbir Kapoor. Yash Raj Films confirmed the news with a tweet. Vaani, who debuted in the 2013 romcom Shuddh Desi Romance alongside Sushant Singh Rajput and Parineeti Chopra, was last seen opposite Ranveer Singh in Befikre. The movie tanked at the box office and her performance also failed to impress both the audience and the critics. However, she now has two big-ticket projects in the pipeline.

Apart from Shamshera, she will also be seen in another YRF film, alongside Hrithik Roshan and Tiger Shroff. The yet-to-be-titled film will be directed by Siddharth Anand who is best known for films like like Bang Bang!, Bachna Ae Haseeno and Salaam Namaste.

Shamshera is touted to be an action-packed masala movie, making it the first of its kind for both the stars. YRF has also cast the original bad boy of Bollywood, Sanjay Dutt, as the villain and have got the fans charged up with a tweet.

We've got an ultimate casting coup!​ Our upcoming action adventure #Shamshera has a roaring villain against #RanbirKapoor. It's the one & only #SanjayDutt | @duttsanjay​ | @karanmalhotra21 | @ShamsheraMovie — Yash Raj Films (@yrf) May 10, 2018

A Karan Malhota directorial, Shamshera is all set for a late 2019 release. 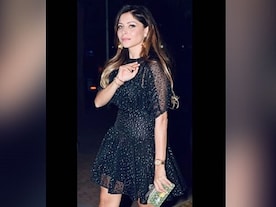