Mumbai: The Mumbai Cricket Association (MCA) has decided to lift the more than three-year-old ban on Bollywood star Shah Rukh Khan from entering the Wankhede stadium after a fracas involving a security guard in a match between KKR and MI in 2012.

The MCA also decided not to challenge the BCCI-imposed life ban on tainted player Ankeet Chavan despite a Delhi Court dropping criminal charges against him.

Both the decisions were taken at a MCA meeting here with vice-president Ashish Shelar being the proposer. SRK during his infamous brawl at Wankhede. AFP

"In the MCA meeting, it was decided that the ban imposed on IPL's Kolkata franchise owner Shah Rukh Khan should be lifted. With the prior approval of our President Sharad Pawar, it was proposed by me that the ban on him be lifted and the managing committee approved it unanimously. Therefore, the ban on his entry in the Wankhede Stadium has been revoked," Shelar told reporters after the meeting.

The Bollywood superstar was banned for five years from entering MCA premises, including the Wankhede Stadium, by the Association's Managing Committee, headed by the late Vilasrao Deshmukh, on May 18, 2012 after he was involved in an altercation with the security staff and officials of the cricket body following Kolkata Knight Riders' victory over Mumbai Indians two nights earlier.

Khan, however, denied he had misbehaved and maintained that he reacted only after children, including his kids, were "manhandled" by the security staff at the stadium.

"Action had been taken against him when required and we felt it was not good to take it any further. The whole managing committee consented on it. We felt it would not look good to bar somebody like this," Shelar said.

MCA sources said that Khan had called up Pawar to request that the ban be revoked.

In other decisions, the MCA decided not to challenge the ban on Chavan, who was cleared of criminal charges by a Delhi court last month. Shelar said the MCA would not stand by a player found guilty under the BCCI's anti-corruption code.

"Ankeet Chavan, who has been cleared of MCOCA (Maharashtra Control of Organised Crime Act) charges, requested us to convince BCCI to lift the ban on him. But the BCCI has already sent a mail to MCA clearing the factual position on this issue," Shelar said.

"The MCA has therefore decided that it would not challenge BCCI's action against Ankeet which was taken as per the disciplinary committee code and the anti-corruption code. So, we have rejected his request. We unanimously decided that the action against such a player should continue because the court ruling is only on MCOCA. The player has not challenged the BCCI's ruling so how can we?" he added.

The BCCI wants its headquarters, currently based in Wankhede Stadium in South Mumbai, to be shifted to Mumbai Cricket Association (MCA)-owned ground in the suburban Bandra Kurla Complex (BKC).

The MCA has decided to accommodate the request for a BCCI centre at the requested place.

"BCCI has requested MCA because we are close to the airport. MCA will allow for a BCCI centre in BKC," he said.

Besides, the MCA has also decided to accommodate its managing committee members in the Wankhede's presidential box which would be extended to 200 more seats.

Click here for images for the incident that led to SRK's ban. 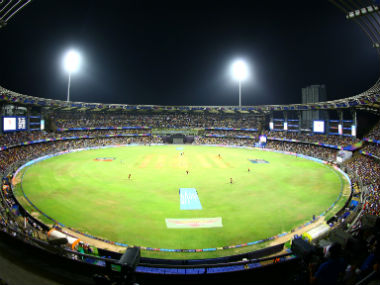 Students protest against CAA, NRC at Mumbai's Wankhede Stadium during first ODI between India and Australia 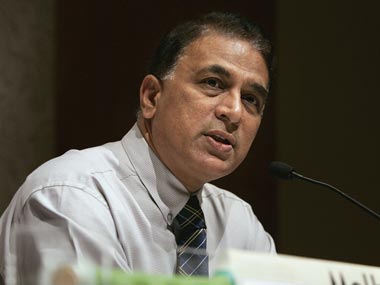